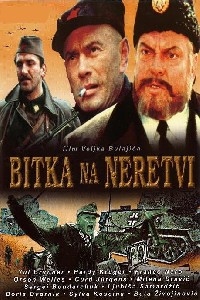 1.    The film "Battle of Neretva" directed by Veljko Bulajic from 1969. It  is considered the best and the most expensive Yugoslav war movie. The movie was sponsored by the government of Yugoslavia,(which amounted to between 5 and 12 million dollars). financial support for the film was provided by the 58 state-owned companies. 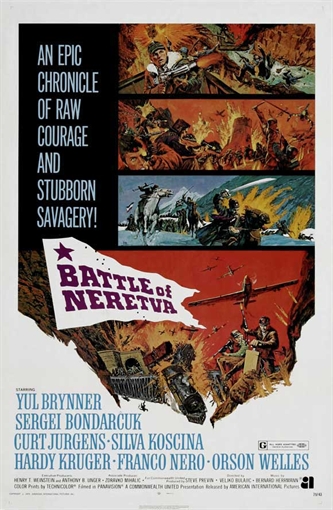 2.    Poster for the English version of the movie was made by Pablo Picasso. According to Bulajic claims, Picasso did not ask for a fee, he just wanted a box of Yugoslavia's best wines. 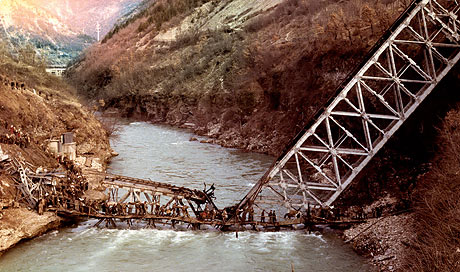 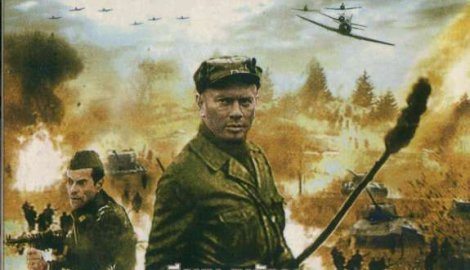 4.    The real explosion. For the scene of an explosion of the bridge over the Neretva, the director wanted to use a real bridge. In Jablanica was constructed replica life-size, but the smoke from the explosion was so thick that the camera footage was unusable. The whole procedure was repeated, but with the same results. At the end, for  the recording used a miniature model bridge. 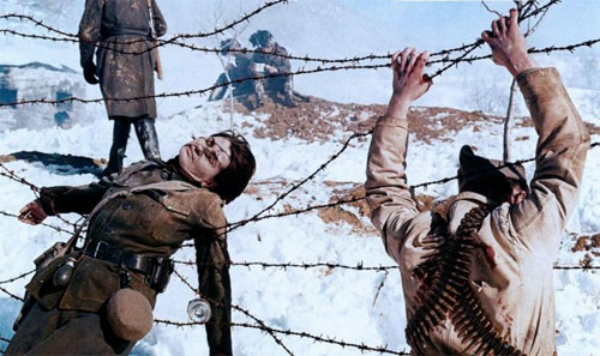 5.    Oscar nominations. 1969 The movie was nominated for an Oscar, but Z movie, directed by Costa Bravo, won in this category. In that category, the Russian director and actor Sergei Bondarchuk triumphed with the movie „War and Peace“, a year earlier. He played as Martin, the commander  of an artillery, from Slovenia in the „Battle of Neretva“ 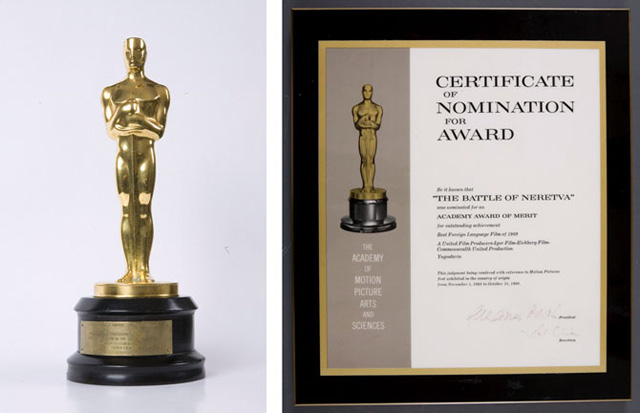 6.    Army as extras: Yugoslav People's Army was involved in the movie recording. for the purposes of filming were taken about 10 000 soldiers. During the movie recording four specially constructed villages and one fortress was destroyed 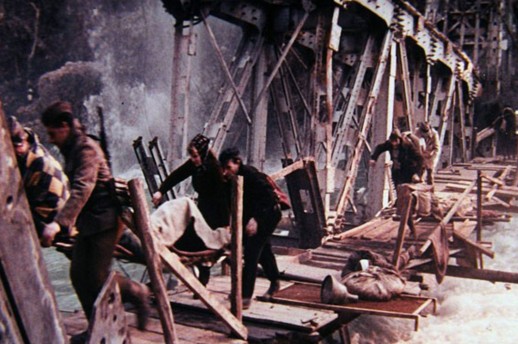