Showing posts from June, 2016
Show all

The Soko J-21 Jastreb is a Yugoslav turbojet attack aircraft, designed by the Aeronautical Technical Institute (ATI), (Serbian: Vojnotehnički Institut Beograd (VTI)), in Belgrade and manufactured by SOKO. Derived from the G-2 Galeb advanced jet trainer and light attack aircraft, it was designed in single-seat ground attack and two-seat advanced flying / weapon training versions. It was developed as a replacement for the Republic F-84 Thunderjet, which was the most commonly used jet fighter-bomber in the Yugoslav Air Force until 1967. At the beginning, when it designed, Hawk is mainly used as a jet pilot training and reconnaissance, although it could be used for attacks because it was designed primarily as an attack aircraft. The biggest difference between J-21 and G-2 Galeb, the removal of the rear seats, a more powerful engine and the installation of additional third machine guns in the nose. All three machine guns were Browning AN / M3. He had a seat that could
Post a Comment
Read more 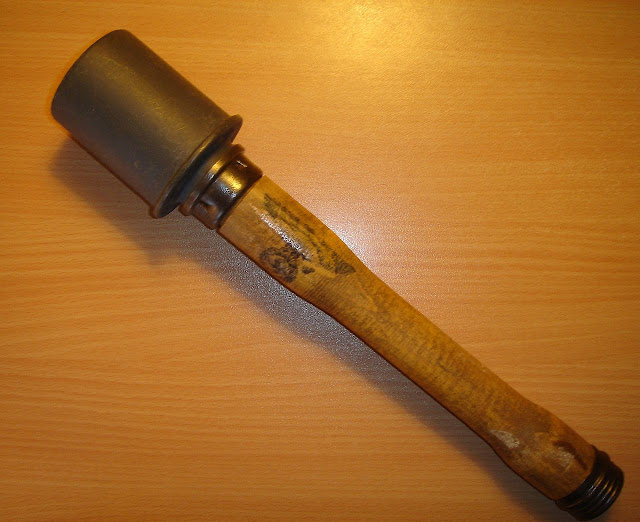 German Model 24 stick grenade The Model 24 Stielhandgranate (German, "stalk hand grenade") was the standard hand grenade of the German Army from World War I until the end of World War II. The very distinctive appearance led to it being called a "stick grenade", or a "potato masher" in British Army slang, and is today one of the most easily recognized infantry weapons of the 20th century. Chinese suicide bomber putting on an explosive vest made out of Model 24 hand grenades to use in an attack on Japanese tanks at the Battle of Taierzhuang. The stick grenade was introduced in 1915 and the design developed throughout World War I. A friction igniter was used; this method was uncommon in other countries, but widely used for German grenades. Section of the Stielhandgranate Model 24. Hand grenade Stielhandgranade 1924 consisted of the body of a thin metal filled with 170 grams of TNT, and the wooden handle containing the fricti
Post a Comment
Read more 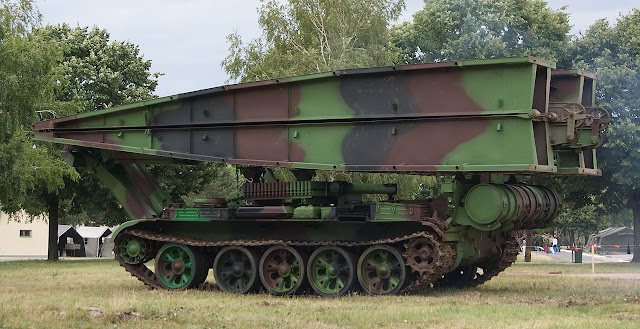 The MT-55A  is an armored vehicle-launched bridge (AVLB) tank, manufactured by ZTS Martin in Slovakia. The AVLB is based on a T-55A medium tank chassis, with the turret detached and replaced by a special bridge launching equipment. The MT-55A was produced for the armies of the Warsaw Pact (including the Soviet Army), as well as for export clients. It is equipped with a bridge and devices that allow the laying of the bridge over the obstacles and accommodation bridge back to the armored body of the tank carriers. These devices consist of: * Mechanism for laying a bridge that provides routing (setting - the launch) and accommodation (lifting) bridge * Hydraulic device that is powered by laying a bridge * Drive the hydraulic pump unit * Reliance on which is when the bridge of the armored body of the tank carriers Tank carrier bridge MT-55A is designed for the quick laying of the bridge over antitank barriers (anti-trenches, steep slopes, and slope)
6 comments
Read more 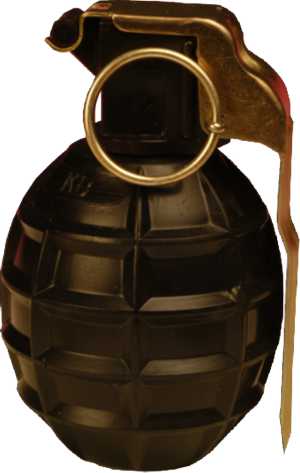 The M75 grenade (English: Kashikara, Serbian Latin: Kašikara, Serbian Cyrillic: Кашикара) is a Yugoslav infantry-used hand grenade. It is efficient in trenches, forests, bunkers etc. Its construction allows it to be detonated in snow, mud and water. The M75 grenade consists of a body, an explosive charge, and a fuse. The body is made of the core, and a wrapper made out of plastic. The core is full of 3,000 steel balls. Their diameter is 2.5–3 mm. The effective killing radius of the grenade is 12–18 m and the effective casualty radius is 30–54 m. The explosive charge is 36–38 grams of plastic explosive. The delay element, named "Bušon" in Serbian, has a delay time of 3 to 4.4 seconds. Its name comes from the Turkish word for a spoon, "Kašika". In American English, the lever of the grenade is colloquially known as the "Spoon". The M-75 hand grenade was also produced in Macedonia, where it is designated M-93. Leftover grenades of th
Post a Comment
Read more

The German operation „Rustling of the forest“ 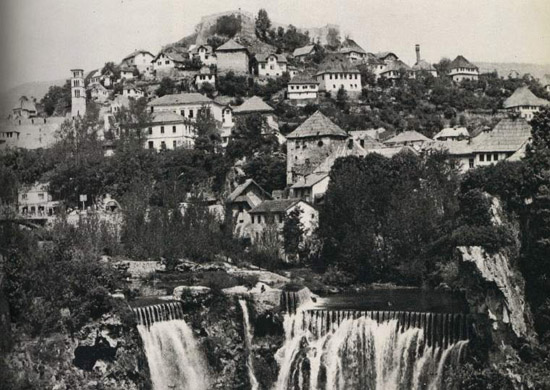 Jajce during the Second Session of AVNOJ. Operation „Rustling of the forest“ (Ger. Waldrausch) was the major offensive of the Wehrmacht and the NDH forces against the Partisans in Western Bosnia. The continuation of the strategic operations "snowstorm". Guided is from 4 to 20 January 1944. The main task of the operation was breaking the partisan units in the area south of Banja Luka, west of Travnik and in the area of Glamoc and Livno. At the same time, as part of the offensive " Waldrausch, " auxiliary forces has undertaken operations "Napfkuhen" between the Sava River and north of the line Doboj - Teslic - Banja Luka. This operation was part of the sixth enemy offensive. Background The second session of AVNOJ was held on 29 November 1943 in Jajce. At the meeting of the Anti-Fascist Council constituted in the legislative and executive representative body of Yugoslavia, and established the National Committee for the Liberatio
Post a Comment
Read more 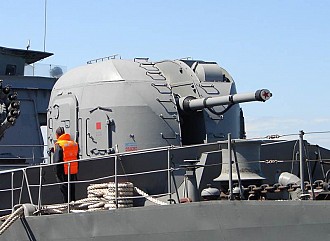 AK-100 is a Soviet automatic naval gun caliber 100 mm is designed to engage targets at sea, on land, and in the air, including low-flying missile. It was developed in the 1970's as a more capable alternative to the 76mm AK-726 twin gun mount. Production has switched to the more capable A-190 naval gun turret. The A-190 is a further development of the AK-100 with a higher rate of fire. The Russian fleet has 58 of these weapons, mounted on 33 ships - class Admiral Goršakov (ex Baku), Admiral Ushakov (ex-Kirov), Udaloj, Rjezivij. The AK-100 is a single barrel gun mount with a 100mm L/70 monobloc A-214 cannon. The high rate of fire is achieved by water cooling for the A-214 cannon and an automatic loading system. The large steel turret holds two ammunitions drums with a total of 174 rounds. The AK-100 is used in conjunction with the MR-114 or MR-145 fire control radar. Alternatively, there is the remote optronic analog control system and the Kondensor-214A sight on t
Post a Comment
Read more
More posts