Showing posts from December, 2020
Show all

Allied aid and recognition of the People's Liberation Army 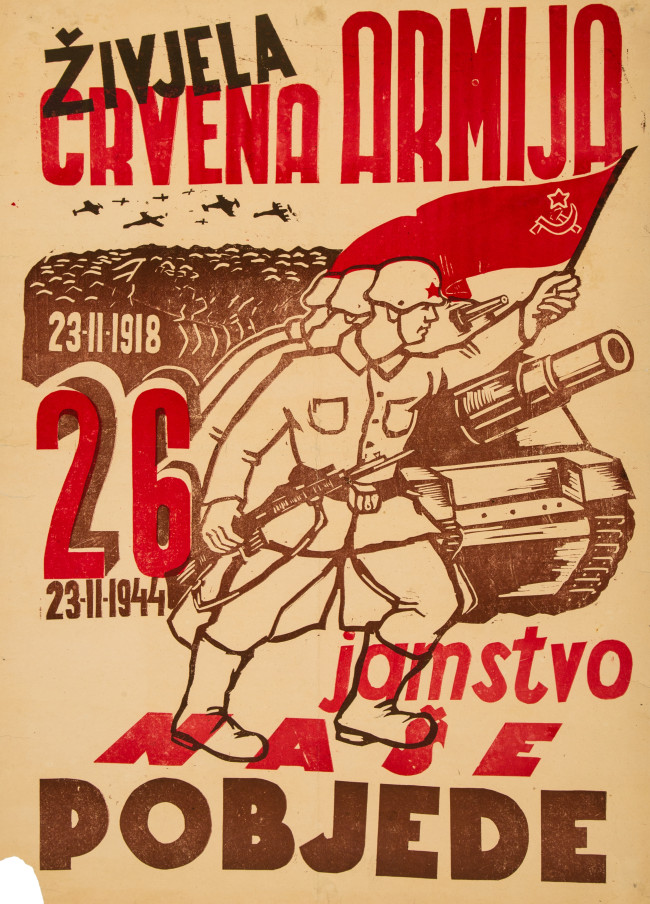 Nikola Kečanin: "Long live the Red Army, the guarantee of our victory", 1944, The Allies had long supported the refugee government in London, so the struggle to recognize the People's Liberation Army and Yugoslav partisan detachments as the only force fighting the Axis Powers was of great importance. At a conference in Tehran in December 1943, the Allies recognized the People's Liberation Army and Partisan Detachments of Yugoslavia as the only fighters against fascism in Yugoslavia and decided that the partisans should be supplied as much as possible with military material and commando operations. Allies near Daruvar parachute military equipment for the needs of the Tenth Corps, in the early spring of 1945   Although the NOV and POJ were recognized as a military force against fascism, AVNOJ's decisions caught the Western allies in an attempt to save the old order in Yugoslavia and bring back King Peter II and his refugee government after the war. As the Alli
1 comment
Read more
More posts