Showing posts from May, 2020
Show all

The Amnesty in the People's Liberation Struggle 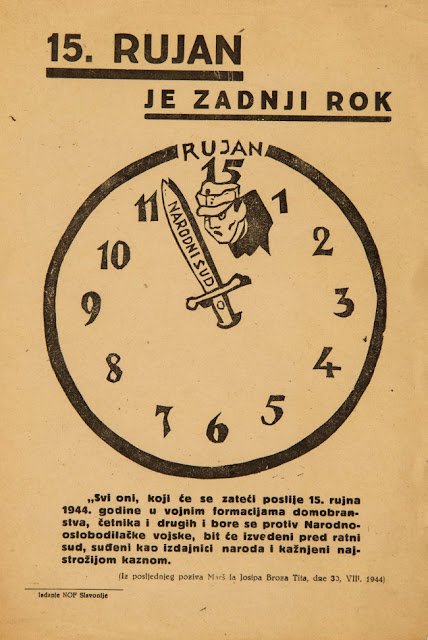 Marsal Tito's last call for amnesty The amnesty in the People's Liberation Struggle was applied several times and referred to various perpetrators of criminal acts, who sinned against the achievements of the liberation struggle and the interests of the people. The first official amnesty was the call of the Supreme Commander of the People's Liberation Army and Yugoslav Partisan Detachments, Yugoslav Marshal Josip Broz Tito, from August 30, 1944, to all Croatian and Slovenian home guards, Chetniks and members of other enemy armed formations to leave the occupier and join the People's Liberation Army. It was emphasized in this invitation that all those who joined the National Liberation Army by 15 September 1944 would be forgiven for their participation in enemy formations, except for those who had committed serious crimes and that officers would be recognized for their ranks. The summons states that those who do not join the National Liberation Movement by a
Post a Comment
Read more
More posts