Showing posts from February, 2016
Show all

The Fierce Battle of Kozara 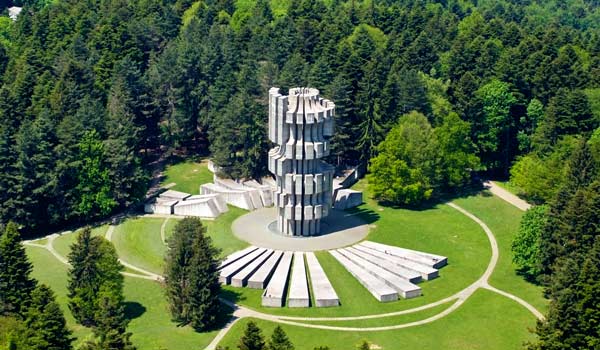 The official name of the battle is the Operation "West-Bosnien", but it is also known as the 3rd Enemy Offensive. This battle was fought between the Partisans and the Axis forces in the area of Northwestern Bosnia, more precisely on the mountain of Kozara, in the period from June to July 1942. Balance of forces Partisan forces:  - 2nd Krajina Detachmentwith 3,500 soldiers;  - 3rd and 4th battalion of the 1st Krajina Detachment with 550 soldiers;  - Volunteers. There were 4,100 to 6,000 Partisans on Kozara. The commander of the detachment was Obrad Stisovic,a veteran of the Spanish Civil War. There were 60,000 civilians on Kozara, in addition to the partisans who found refuge there. Forces which formed the Axix powers were: - kampfgruppe "Westbosnien" (General Stahl); - 37 German infantry battalions; - 8 Croatian Domobran regiments; - 1 Croatian Ustasa regiment (Black Legion); - 2,000 Cetniks; - various supply, artille
Post a Comment
Lokacija: Kozara, Bosna i Hercegovina
Read more
More posts