June 5, 1944 - A May 5 decoded message stated anti-aircraft artillery was being moved to Pölitz and Blechhammer, and one on June 5 indicated the Luftwaffe was short of fuel. British intelligence concluded that the bombing of oil targets would be "crippling" in 3-6 months. Romanian production had been reduced from 200,000 tons in February to 40,000 in June.

June 6, 1944 - Ploieşti - In the 1st large-scale American attempt to use a dispersed bomber force to spread out fighter defenses in Romania, Ploieşti was bombed: 118 (the 485 BG bombed the Dacia Română oil refinery). Additional B-17s, including some Soviet-based for Operation Frantic, attacked the Galaţi Airdrome: "most oil from Ploesti must be shipped west over [the] Danube for refining." (annex of intelligence report)

June 11, 1944 - The 461 BG bombed the Giurgiu oil storage. 80 miles southeast of Ploiesti, Giurgiu was "the most important transshipment point in Europe". 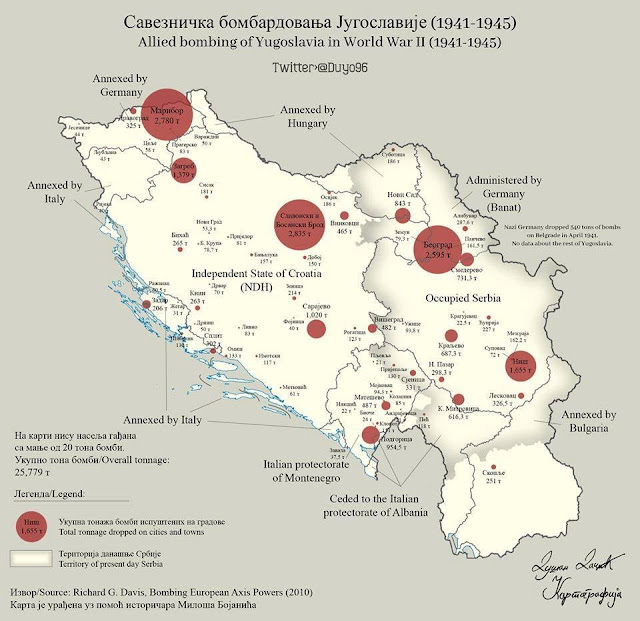 June 28, 1944 - In Bucharest, where much of Ploieşti's refined product was stored and distributed, 190 the 464 BG bombed the "Prohava Petrolul" refinery, and the 485 BG bombed the "Titan Oil Refinery".

July 28, 1944 - The 464 BG bombed the Româno-Americană refinery and the 485 BG bombed the "Standard Oil Refinery" (was abandoned after flying into the fireball).

July 31, 1944 - Two oil refineries at Bucharest, one at Doiceşti, and oil storage at Targoviste were bombed. Archived at the Wayback Machine The Red Army entered Bucharest on August 30.

August 17, 1944 - Three oil refineries and targets of opportunity were bombed in the Ploieşti area: Româno-Americană (by the 461 BG on their last Ploieşti mission), "Astra Română Refinery" (450 BG)