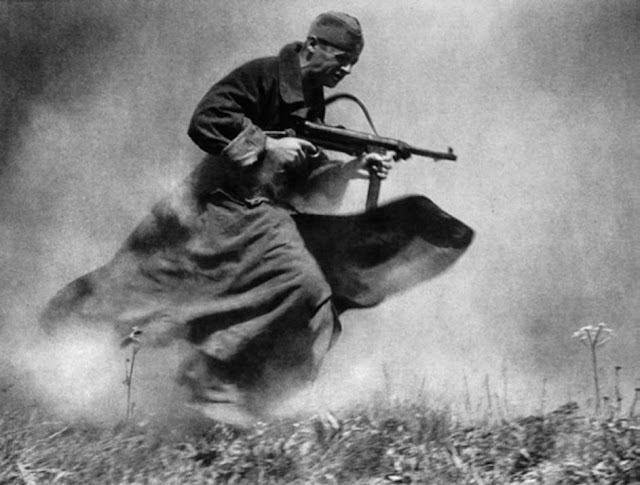 In 1941, photographers went to the Partisan ranks with a camera, dying for an image or a negative, to see a fight they had never seen before. In Croatia, these include, among others, Elvira Kohn, Franjo Mosinger and Georges Skrigin.

This is how George Skrigin described that day in the spring of 1942, when he, armed only with his camera, went to his first battle, in an ambush prepared for the Italians on the road between Senj and Novi Vinodolski: ... ' "I hear shouts: 'Forward, proletarians! ... shoot them! ...' I had just pointed the camera in the direction of the attack when over my head comes blaring our heavy machine gun that has taken a position a few meters behind me. It was my first action. The bullet whips over my head, for the first time I hear something like this and for the first time, I smell the gunpowder. I instinctively draw my head to the ground lower and lower, thinking: should I die in the first action and that of our bullet? "

He survived the war, took several legendary portraits of Tito, and immortalized Milja Marin with his Rolleiflex in the winter of 1943/44. as a "Kozarčanku". 1944 Mira Peić photographed with a rifle on her shoulder, smiling, but sharp gaze into the distance ... The book bears witness to the legacy of portrayals of women in the movement, in the struggle of the Spanish Civil War, which will later take, stylistically the same, the Kurds in Syria and Iraq. 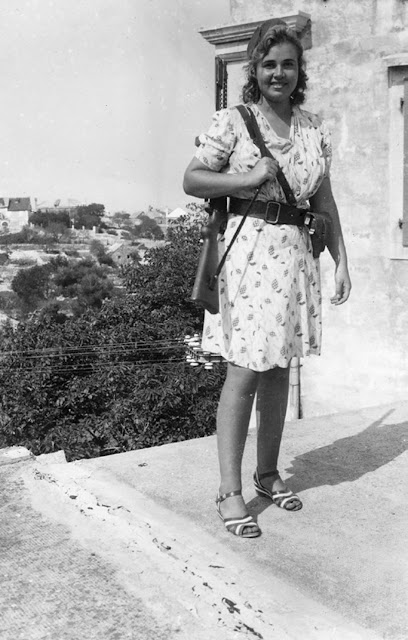 Even one of his portraits of Tito, captured by the Germans, reportedly was on that Nazi warrant, Skrigin was just one of the many first-time artistically treated heroes of partisan photography that Davor Konjikusic covered in his book Red Light, collecting some 500 images, often unknown so far, of spectacular historical documents.

"The Partisan movement is quickly joined by some photographers who excellent ruled media. In Croatia, these include Elvira Kohn, Franjo Mosinger, Georges Skrigin, and of course they bring their aesthetics. On the other hand, precisely because of the inability to centralize AGITPROP, because of its constant movement, the threat of physical elimination of the partisan movement and sympathizers, the destruction of negatives and photographs, there were actually no preconditions for creating a centralized archive until 1944. In the book, this section is substantiated by many documents showing that censorship was much weaker than other military formations. In such conditions, no photos exclusively and only propaganda function, " 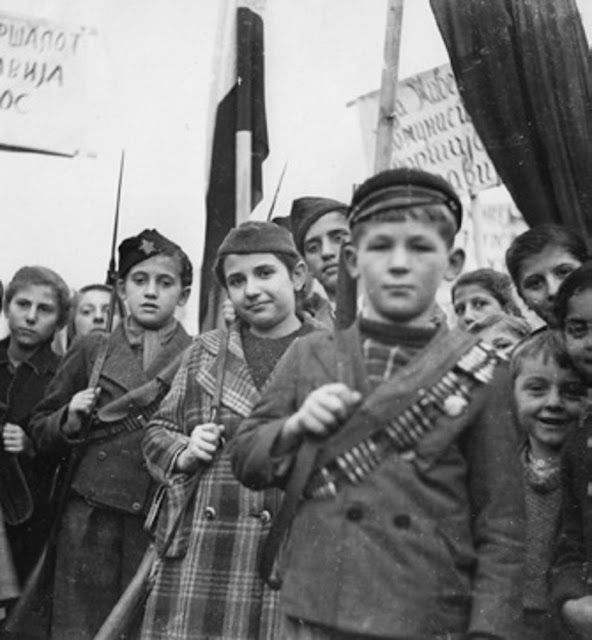 From today's perspective, it is linked to one of the myths of today's attempts to "rewrite history" of the Second World War in this region, that the citizens of Zagreb before Partisans mass remained closed in at home... She was (Elvira Kohn) in Zagreb on May 9, 1945, just a day after the liberation, recording the welcome to the partisan units. "The welcome was incredible. People were standing in the streets all over Zagreb, waiting for us to pass, clapping, waving flags. The atmosphere was magnificent, full of emotions, people were delighted and excited. Everyone knew that the war was over, that the Ustashas and Germans had left the city, that Zagreb had been liberated, "she described the atmosphere in square, which in the photo is seen crowded with people, such as the welcome of the Croatian football team in 2018. But, some so many
people were killed with the camera in the National Liberation Struggle. 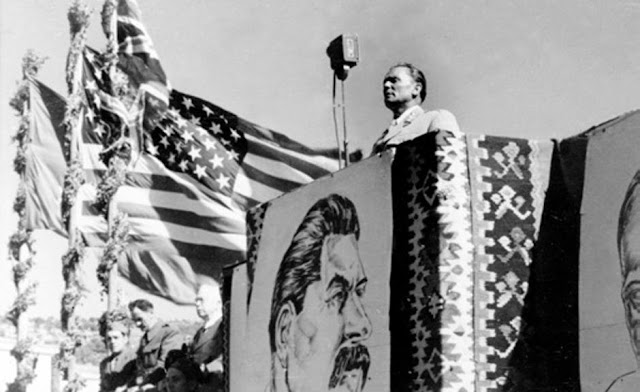 "How many fighters, photo amateurs, were killed with their cameras and films in their hand, how many valuable shots were destroyed because there were no technical conditions," bring's Konjikušić quote Vladimir Dedijer in the preface Orović book "Photographs from the National Liberation War".." Partisans also take photographs of captured, for example, SS soldiers, but there is no killing of prisoners. Even if justified by party censorship, photographs of the enemy killed in the battles would hardly be found, while on the other side there are photographs of hanging, slaughtering, killing, such as being called "trophy photographs".