The German bombing of Belgrade in World War II, also known as Operation Punishment (Unternehmen Strafgericht), took place on 6, 7, 11 and 12 April 1941. The bombing took place during the opening days of the invasion of the Axes forces to the Kingdom of Yugoslavia. The bombing resulted in a paralysis of the Yugoslav government and military leadership, mass destruction and thousands of human casualties, as well as the general demoralization and dissolution that led to the capitulation of the army and the de facto disappearance of the Yugoslav state eleven days later. 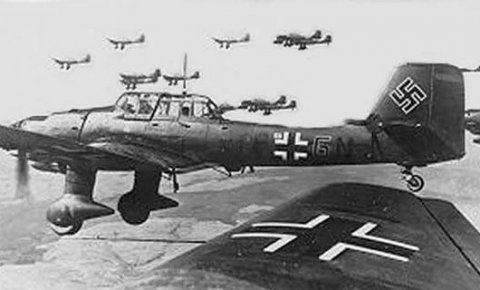 On March 20. Hitler, who wanted to protect the southern wing of the upcoming invasion of the Soviet Union, sent an ultimatum that Yugoslavia sign the accession to the Tripartite Pact; In the end, the Yugoslav government eventually gave up, on March 25th. Two days later a military coup was carried out by a group of officers of the JKRV and the Royal Guard, led by Army General Dusan Simovic and Brigadier General Borivoje Mirkovic. Prince Paul was deposed and replaced by the 17-year-old King Peter II who was declared to be of age.

On the same day as the Yugoslav coup d'état, Hitler issued Directive 25, which stated that the coup had changed the political situation in the Balkans. He ordered that "even if Yugoslavia at first should give declarations of loyalty, she must be considered as a foe and therefore must be destroyed as quickly as possible." After the coup, German reconnaissance aircraft frequently violated Yugoslav airspace, and VVKJ fighter aircraft were on constant alert. The German incursions showed that the Yugoslav ground observation post network and supporting radio communications were inadequate.

As Belgrade was proclaimed an open city, there was no anti-aircraft defense around the city, while JKRV (Yugoslav Royal Air Force) planes were outdated. On the list of 1941, Jkrv had about 800 combat aircraft, with 487 operational (of which only 150 were sufficiently prepared to confront modern plane Luftwaffe). The 32nd fighter group, composed of three squadrons, was armed with 27 German Messerschmitt Bf 109; The 51st fighter group, also divided into three squadrons, had 12 Messerschmitt Bf 109 and 6 interceptors Rogozarski IK-3 domestic production. Zemun airport was one of the first targets destroyed, allowing the German planes given a great advantage in the following attacks

The main airbase of the Yugoslav army and the accompanying crew were: 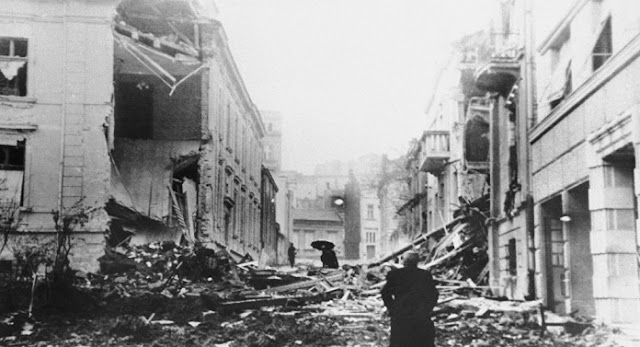 On April 6 and 7, JKRV and Air Defense managed to shoot down between 90 and 100 enemy aircraft, while JKRV lost 24 aircraft in defense missions in the first two days and 40 on the ground. Thus, a Luftwaffe blitzkrieg prevents Jkrv to offer organized resistance.

On April 6, at 6:30 in the morning, without announcing the war, the forces of the Third Reich attacked the Kingdom of Yugoslavia. Their air force was bombed by Belgrade using 234 bombers and 120 fighters (484 aircraft on April 6 and April 7). Airplanes flew from Vienna (Cvolfashing, Winer Neustadt, Aspang), Graz and Arad. The city was bombed in four raids on April 6, and again on 7, 11 and 12 April 1941. About 440 tons of inflammable bombs were used.

In the bombing of Belgrade in 1941 2,274 people were killed (estimates: 2,271-4,000, German estimates 1500-1700). About 627 buildings were demolished, 1,601 buildings damaged, partially damaged 6,829 buildings, including part of the Old Court building. The most important cultural monument destroyed in the bombing is the National Library with 300,000 books, including medieval clips of priceless value. According to German sources, the old-fashioned way of house construction and poorly organized fire service and civil protection have contributed to the suffering of a large number of people.

In the aftermath of the war, German Field Marshal von Kleist said: "The air strike on Belgrade in 1941 had a primarily political-terrorist character and had nothing in common with the war. That bombing was the matter of Hitler's personal revenge.

Löhr was captured by the Yugoslav Partisans on 9 May 1945, escaped, and was recaptured on 13 May. He was intensively interrogated, after which he was tried before a Yugoslav military court on a number of war crimes charges, one of which related to his command of Luftwaffe IV during Operation Retribution. He was convicted, sentenced to death and executed.
battle