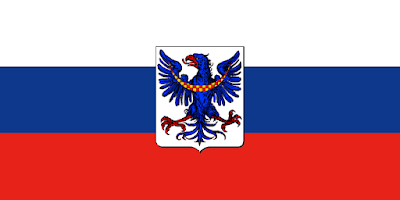 Chetniks of the Kosta Pecanac, also known as "black" Chetniks, "legal chetniks" or "government chetniks" were formations in Nedić's Serbia. They were loyal to the marionette regime and the German military administration, and they fought primarily against the partisans. 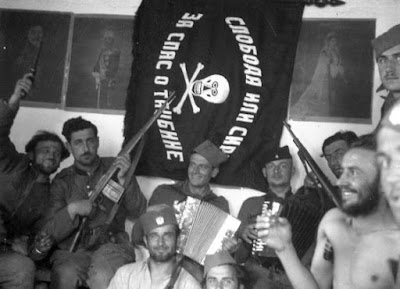 Chetnik detachments Kosta Pecanac, formed on June 28 in 1941.
Mainly in 1942, representing, with smaller detachments of the gendarmerie and later the Serbian Volunteer Corps, the main armed force quisling regime of Milan Nedic. They existed until the end of 1942 when they were gradually replaced by Ljotić and Nedić's formations.

Anti-Communist Volunteer Militia (Milizia Volontaria Anti Comunista, abbreviated MVAC) was the organization of auxiliary military units within the Royal Italian Army to combat the Partisan units in occupied Yugoslavia during the Second World War. At the beginning of autumn 1942, the 6th Army Corps in its divisions had about 15 battalions MVAC - 10,000 to 12,000 soldiers; Of this, the Muslim Battalion MVAC in the 6th Corps had about 2000 soldiers. In the 18th Army Corps, there were 5100 Chetniks of the Dinaric Division. At the end of February 1943, there were 22,126 "volunteers" in the 2 the Italian Army, 20,514 Orthodox, 832 Catholics and 780 Muslims.

The voluntary anti-Communist militia was quisling troops under Italian rule during the Second World War.
It was founded on August 6, 1942, with the task of fighting the Partisans, as part of the Milizia Volontaria Anti Comunista (MVAC) in Ljubljana Province. In June 1943, MVAC units in Slovenia had a total of 6,134 fighters.

After the capitulation of Italy, most of the members of the MVAC flee to the castle of Turjak, where they were encouraged to catch the allied landing. However, the Slovene Partisans defeated them by military means. During World War II, the unit lost 813 fighters, most (414) in the battle for Turjak. After the surrender of members were taken to Kočevski Rog.

After the capitulation of Italy, Nazi Germany occupied the former Ljubljana province and helped organize the Slovene Home Guard under the command of Leo Rupnik.

Croatian domicile (since 1942, Domobranstvo) was the name for the regular armed forces of the Independent State of Croatia. The Home Guard task was to defend the new state from domestic and foreign enemies. Home Guard was divided into army, navy and air force. Under the command of the Ministry of Home Guard, National Defense and National Work Service also operated

. The Home Guard has failed to play a more significant role during the war due to a number of factors - weak motivations, frequent desertion, affection for Partisans, rivalry with the Ustashas, and lack of heavy, especially armored weapons.

The military army with a classical organization could not adequately respond to the guerrilla, partisan warfare. In November 1944, after the open transition of the entire Home Guard squadron to the side of the Partisan, the remains of the Home Guard were merged with Ustasha units and became a unique Croatian Armed Forces.

Russian Corps (abbreviated RZK) was a quisling military unit made up of Russian immigrants in Serbia and was part of the German Wehrmacht. The commander of the unit was Lt. Gen. Boris Shteifon, former imperial officer. In combat activities, the Russian Protective Corps was subordinated to German and Bulgarian divisions.

According to the Germans' assessment, the Guard Corps in the Guard Service, and partly in the war against the Partisans, "demonstrated and proved to be reliable".

Russian Corps was formed on 12 September 1941 of the Russian imperial army veterans. On October 2, was renamed the Russian Protective Corps (Russisches Schutzkorps). From September 15th, General-Lieutenant Colonel Boris Aleksandrovič was commanded. He had three regimens and a total strength of 4,000 people. In September 1944, it rose to 11,197 members and was used in defense in Belgrade. The Later unit was transferred to Bosnia for the anti-partisan task.

October 10 was renamed the Russian Corps in Serbia with headquarters in Croatia. On April 30, 1945, Colonel Anatolij Ivanovič Rogožin took over the command. In May, the corps surrendered to the British, which allowed the pre-Soviet emigrants to settle in the West.

In the 104th Jager Division, 1st and 2nd regiment were engaged, especially for the production of the Krupanj, Bor, and Majdanpek and for the ensuring river the Drina. The 3rd regiment provided railways in the Ibra valley and the Trepca mine in Kosovska Mitrovica.

Soviet prisoners of war have been added to the Russian Protective Corps since 1943.

Hadzifendić's legion or Muslim legion was a volunteer Muslim militia composed almost exclusively of Muslims from the Tuzla region during the Second World War. At the end of December, the unit was set up by the former Yugoslav Army Reserve Master Muhamed Hadžiefendić. By the end of the year, the legion began with the founding of the six battalions in north-eastern Bosnia.

Legion was the strongest and most successful Muslim militia in the Tuzla region and fought against the Partisans and Chetniks in Central Bosnia between December 1941 and October 1943. By April 1942, it was effectively out of the control of Croatian domination, although it continued to supply weapons and ammunition legion. Legion members were the core of volunteers who entered the Handschar division in mid-1943, which contributed to the weakening of the legion and its destruction by the partisans during the occupation of Tuzla in October 1943.
cetnici Other WW2 WWII Yugoslavia Yugoslavija