The 3rd Shock Division was formed by the order of the Supreme Staff of NOV and POJ, consisting of the 5th Proletarian Montenegrin shock brigade, the 10th Hercegovina Shock brigade, and the 1st Dalmatian Shock brigade on November 1, 1942, in Ticevo. Considered to be one of the elite units of the NOVJ

. During the Battle of Sutjeska was part of the South Operative Group. The Division was in protector with the Central Hospital. When attempting to break down the German positions in the Sutjeska valley on June 13, 1943, the division suffered heavy losses, it was broken into several battalion groups, some of which broke through and merged with the Operational Group of the Supreme Staff, while others broke into Herzegovina, Montenegro and Sandzak. Sava Kovačević, the commander of the division, was killed in an attempt to break through.

The Sava with the headquarters of the Group and the Division, with the presence of Brigade Staffs, assessed the situation. The radio-telegraphist typed a dispatch to the Supreme Headquarters, which included this: "We are staying with the wounded. We are going into a breakthrough ..."

The decision was made to break through 12/13. June, in the direction Dragoš-sedlo-Tjentište-Krekovi-Ozren-Milinklade.

The commander of the Division instructed his command all the soldiers and leaders divisional echelons, in which, inter alia, read:

Our position is critical. Eye of the Third Division and the Central Hospital The Germans have prepared multiple rings. The wounded defense, as the most sacred task, has created a new situation ...
As soon as the first night falls, the Division will make the move ...

The spearhead- the fifth Montenegrin brigade with the Mostar Battalion. Then the Central Hospital - The Third Sandzak Brigade.

The general direction of the breakthrough - the river Sutjeska, Zelengora - Bjelinići ...
At all costs, unbearable assault, the Fifth Montenegrin brigade should break through the enemy ring ...

Do not leave any wounded ...

The headquarters of the Division moves with the spearhead ...

In the event that complete units - brigades and battalions - cannot break through, they should break through as teams, groups, and individuals.

Once again, we demand from the veterans and the ranks the maximum of courage and self-awareness.

At the end of the command, Sava added this sentence:
It does not seem that the entire Division can break through, so take special measures to break into groups and individually!

At Dragoš-sedlo, Sava issued his last command to the assembled headquarters of the brigade and determined the direction of the attacker through Sutjeska and Tjentišta towards Zelengora.

"On the thirteenth of June, at 3 o'clock in the morning, the columns were on their way to the German defense. When the first signs of the dawn signaled the day, then the first explosions under the burning village of Krekova marked the beginning of the third division for the breakthrough Sutjeska. The fighters have stormed the German trenches. The commander of the Sava Kovacevic division was attacked among the first. His call to the onslaught launched the column battalion from the forehead to the rear ...

The Germans opened a terrible fire. From the first trenches, German throwing bombs from the next beat with MG, and behind hills with artillery and mortars. The whole area between Sutjeska, Krekova, Kosur, and Kazan was suddenly pressed by fire. The fighters who attacked the German trenches and those who were still on the move over Sutjeska were dying. The first German trenches were overtaken and began to occupy second ... 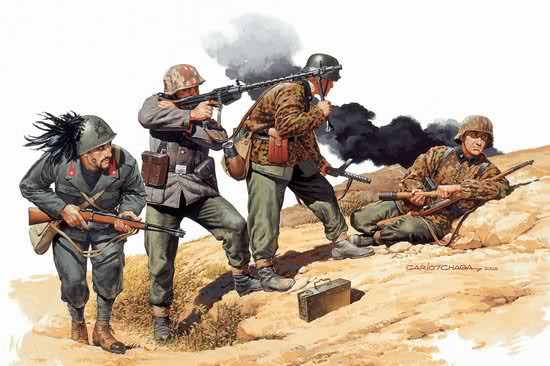 The company commander in the Fifth Montenegrin Brigade in Sutjeska, Luka Vučinić, writes:
"The soldiers did not leave the commander, nor did the commander leave the fighters.
No live soldiers, even the dead were not parted. "

Enver Cemalovic, commissar of the Mostar Battalion in Sutjeska, within the Third Division, writes:

"Around noon in the valley Sutjeske dead silence. Every clod of earth was filled with death.The silence seemed to have been a tribute to those who remained there as eternal witnesses of this greatest epic of our national liberation war. "

"WE WILL FALL ON THE FIELD OF HONOR"

On 11 July, while the column of the Central Hospital moved through Vučevo to Sutjesci, Sava Kovačević saw "an invisible and unseen image in the eyes of hungry and exhausted" and determination to fight.

'Comrade Commander, we see that the time is very difficult, that we are surrounded ...

We go through death, behold, three years, we are not afraid of it. Look, save your comrades not to die for us. You have fulfilled your duty to us. For months you carried us from the end of Bosnia, through the greatest struggles and fights. We will fall on the field of honor. Our death brings freedom to the generations, and our friends will take revenge. Save healthy comrades, we see that we are surrounded. '

On 13 June 1943. The third striking division is, in a collision with about 40,000 German soldiers, smashed and left in the valley Sutjeske more than half of its fighters and more than a thousand wounded and sick comrades. The division was broken, but not defeated ...

The third division could break into several directions, in whole or in smaller parts, but, according to the tradition of the national liberation struggle, it was trying to save the wounded and thus exposed itself to immediate destruction. Neither the Supreme Headquarters nor the headquarters of the Third Division did not lose sight of this great moral and political fact and the partisan military and human obligation.

The famous commander remained on the battlefield!

A similar case has not been recorded in history. Every other army would surrender in such a situation.
In recent military history, there are no examples of honor, courage, sacrifice, such as members of the 3rd strike division. On the banks of Sutjeska and battlefields in the Valley of Heroes "forever remained a generation of young people, because more than two-thirds of those killed were under the age of twenty-five years."

"Germans have found a series of consecutive position and organized a system of fire that there was indeed a fiery hell that I rarely felt in the war. The battle lasted from morning until 11 am. Several assaults were carried out in which the enemy was rejected at the slopes at the village of Krekova. But, despite the great courage of our battalions, the breakthrough failed ... In these attacks, hundreds of dead and wounded were killed on both sides. It was a real slaughter ... I will not forget the moment when the Sava, from a hill in front of the village of Krekovi, in a strong voice called the battalions on the onslaught. From places, Sava death was approximately 50 meters. Djuro Roganovic, Dusan Bojovic, Savin Branic Dragan and a number of other, well-known and unknown comrades from different parts of our country were killed in the same place ...