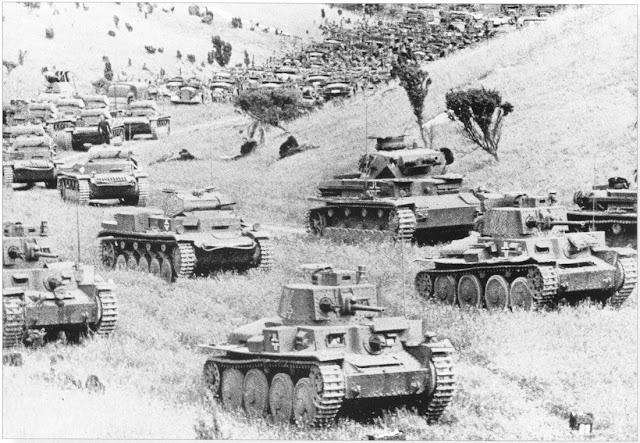 The fast and surprising success of the German army in the war against the Polish, and later on the Western Front, depended on the new tactics attacks that sent known as Blitzkrieg. How was performed tactic of Blitzkrieg is simplified in the next picture? 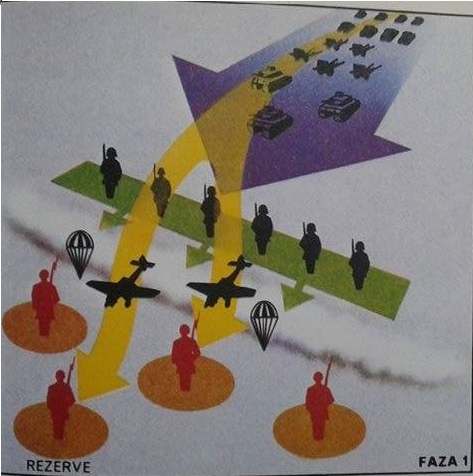 Infantry's ability at attacking the enemy lines and used a smokescreen to conceal the movement of his troops. Meanwhile, dive bomber (Junkers Ju 87 or Stuka) and artillery isolated combat position by opponent sever ties with his reserve and disorganize resistance. Sometimes, the surprising and fast attack on enemy positions using paratroopers. Behind the occurrence of infantry standing The majority of forces waiting to go on the attack 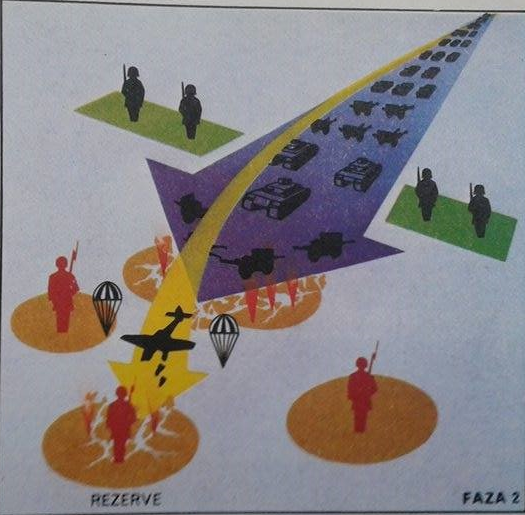 The main forces move into action quickly in the form of a wedge on the most important point of the defense. Tank units quickly penetrate forward and artillery protects flanks of the main forces. Infantry units destroyed The last resistance in front of the enemy front. Dive bombers continue to disorganize resistance and prevent the bringing of reserves. In the meantime, the main forces Expand the front penetration and continue to further penetrate deep into enemy territory. 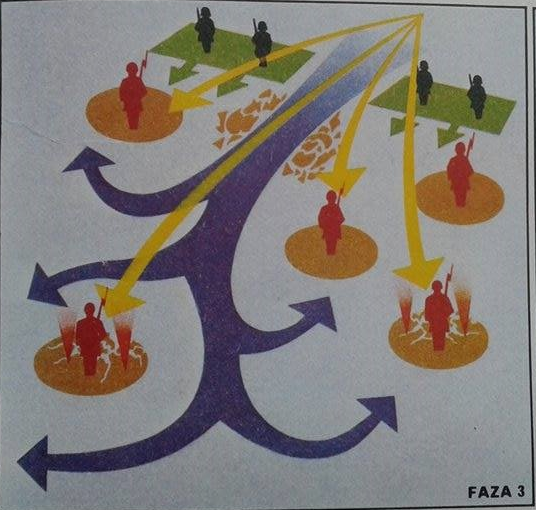 The main forces were advancing into the depth of enemy defenses and are striving to exert involvement and surround the main stage resistance. The main forces spread front breakthroughs and progress still not paying attention to the remains of enemy strongholds and nodes of the defense. The task of the destruction of surrounded led to other units. 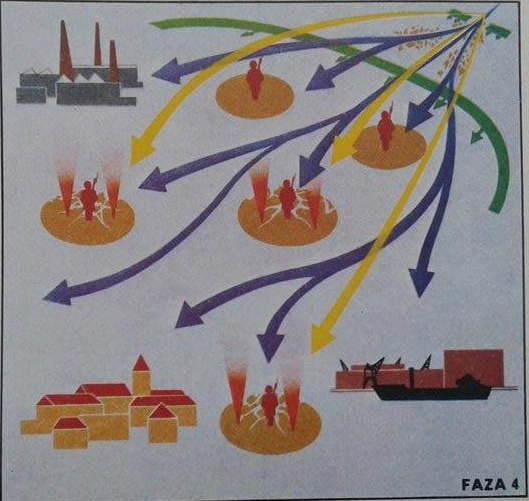 After the breakthrough of enemy defenses strong armored forces supported by artillery and aviation further toward important cities and military bases. At its progression main forces used maneuver surrounded and destroyed. During this time Infantry forces liquidate the remaining enemy resistance and to ensure that all units operate the ordinary supply. For the duration of the four phases of the Blitzkrieg Air Force ability at attacking defensive positions, lines of communication, bridges, roads, railways, etc.