Operation Snowstorm (Ger. Schneesturm) was a strategic operation of the Wehrmacht against partisans in Bosnia. Guided by the winter, from 21 to 29 December 1943.

In the Yugoslav historiography, the first stage of operation is known as Krivajska operations because it is guided in the valley of the river Krivaja. Its goal was to surround and annihilate the 3rd Shock Corps NLA. This operation was part of the Sixth enemy offensive. 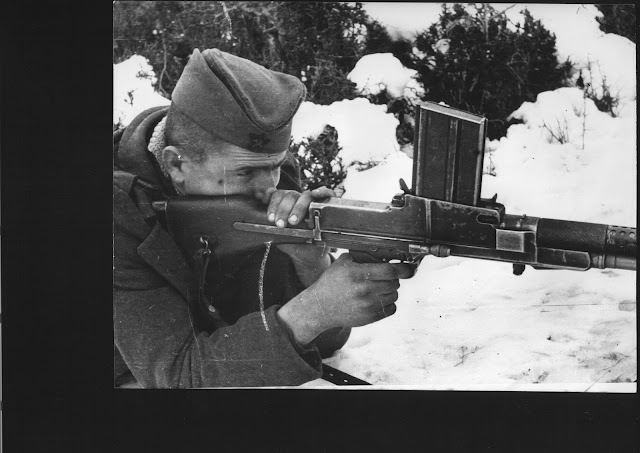 After an unsuccessful operation "Kugelblitz", whose execution was not realized the idea of the destruction of units of the National Liberation Army in eastern Bosnia, headquarters of the 5th German Army mountain corps has taken a new operation "Schneesturm" to surround and destroy the forces of the 3rd Corps of the People's Liberation Army: 5th Krajina Shock, 17th Shock and 27th Shock  division. 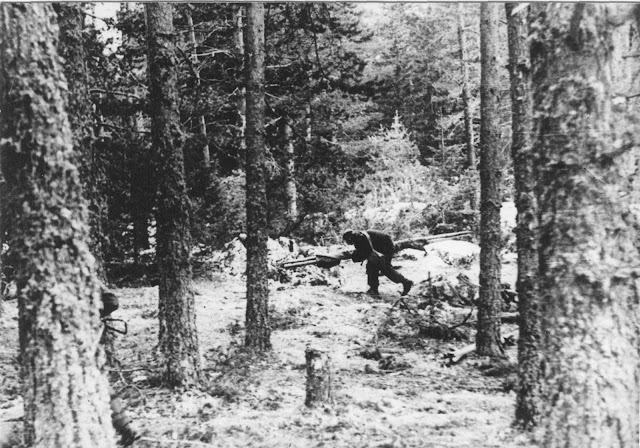 German plan of encirclement and destruction was conceived: that the 7th German SS Division "Prinz Eugen", the 1st. reserve regiment and parts of the 369th Legionnaires divisions take a fierce attack from the south, from Vares, mountains Zvijezda and city of Olovo. 1st German Mountain Division from the southeast, of Han Pijesak, through Kladanj and mountains Konjuh, then from Vlasenica through Sekovici and valley Spreča. The Germans believed that a coordinated simultaneous attack, supported by aircraft, tanks, and artillery force units of the Third Corps, to be on quite a narrow space in the region of the river Krivaja where it will be exposed to a decisive attack and destruction.

The course of operations

On 20. 12. 1943 Battle Group "Brauner", the composition of 187th. offensive group, 901st. armored grenadier regiment, 92nd. grenadier Regiment (motorized.), 2nd (motorized.) division. 51st. artillery regiment and the 3rd. Battalion 5th. SS police regiment, from the region of Zvornik on cleaning regions between the Drina - Sava - Bosnia and Spreča and on this occasion primarily smashed partisan forces that were located on Mount Majevica and threw them to the west.

The operation was completed on 28 December break Partisan units in the region.

According to the German report, their own losses of groups Brauner were: 3 killed, 5 wounded. Partisan losses reported 212 dead were counted, a number of dead an estimated 129 wounded, 86 captured, 16 fugitives. 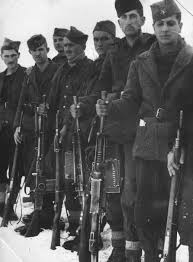 The German forces until 29 December 1943 did not achieve the operational objective - breaking the power of the 3rd Corps of the NLA and its rejection away from the border with Serbia, and of the valley of the Drina River. Since co-operation in the West Bosnia (Operation Panther) have not been successful, the 5th Corps of the NLA in order to relieve pressure on 3rd Strike Corps carried out the attack on the Banja Luka (Banja Luka The first operation). When the 2nd Panzer Army transferred the focus of the operation to the area of the 1st and 5th Corps, 3rd Strike Corps on 16 January 1944 launched an extensive operation in the area of Tuzla (The Second Tuzla Operations).

Snowstorm II
German Commander of the Southeast, Field Marshal Maximilian von Weichs, on 29 December 1943, informed the Supreme Command of the Wehrmacht to the second stage of the operation "Schneesturm" continues in western Bosnia, south of Banja Luka, to the lines Travnik - Livno - Glamoc.

Operation "Schneesturm" was continued in western Bosnia called "Valdrauš" and lasted from 4 to 20 January 1944. The aim was to break the partisan group in the region south of Banja Luka - west of the lines Travnik - Livno - Glamoc.