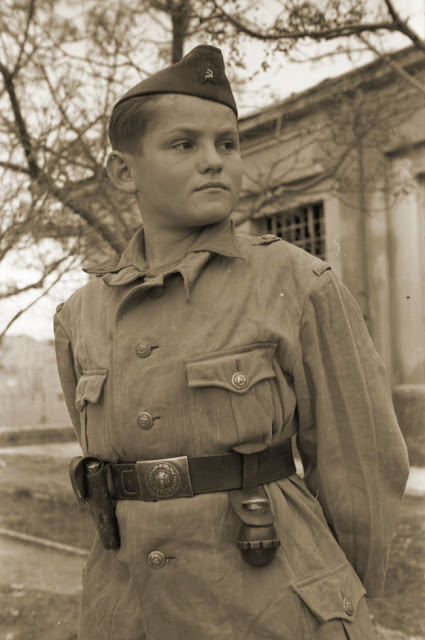 The brightest, but also the bloodiest pages of the National Liberation Struggle was also written by the League of Communist Youth of Yugoslavia (SKOJ). Always in the forefront, from the first days of occupation, the Skoevci were first on the attack, the last in retreat, with their heroism and impossible feats they were always an example to others. In the National Liberation Struggle, youth accounted for 80% of the combatant composition of the People's Liberation Army units.

Developing a broad mass youth organization, they operated within the National Liberation Front, but as an autonomous organization with specific tasks. With the emergence of the youth movement and the increasing scope of tasks, the need for a unified youth organization with central leadership was created. Thus, from December 27 to 29, 1942, the United Federation of Anti-Fascist Youth of Yugoslavia was founded in Bihac, in which all anti-fascist youth, irrespective of political, national or religious orientation, were active, in which SKOJ had a leading role. This created the political basis of the revolutionary Youth movement. Considerable joining the youth comes to the spread of youth organizations so that 2 to 4 May 1944, held the second Congress of the Communist Youth. By the end of the same year, there were 83,200 SKOJ members.

At the beginning of the armed uprising, SKOJ had 35,000 members, and by the end of the war it had emerged as a massive organization of 150,000 members, of which about 70,000 were in the National Liberation Army. Considering that over 100,000 members were killed in the war, it follows that more than 400,000 youths and youth went through the SKOJ. Among them are 506 national heroes, 440 of whom died during the war.

In addition to the youth, the youngest - the pioneers - participated in the National Liberation War. In Bosnia and Herzegovina, Croatia, Slovenia and Montenegro, 356 municipal and 1267 rural pioneer committees, 7120 working companies, and about 13,000 pioneer detachments were formed during the war. Together with their older comrades, they fought in partisan detachments, background military bodies, and in NOVJ units. They were bombers, couriers, saboteurs, fighters, and scouts.

As the war tore young people out of schools, high schools and colleges, a special chapter in cultural and educational work is the development of education in the liberated territory. During the war, many children lost their parents, however, already in 1943 established the first homes for orphans.