Supermarine Spitfire in the service of the National Liberation Movement 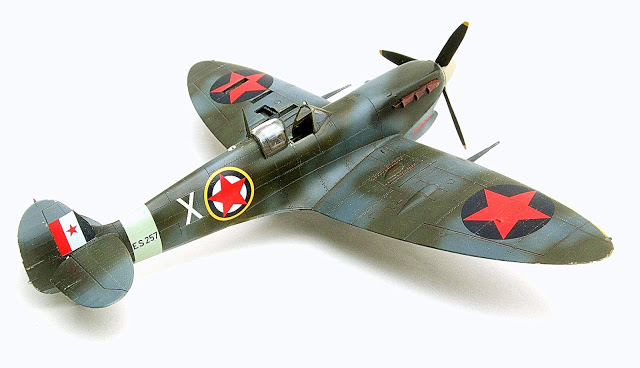 The first prototype of the most known British fighter plane Spitfire had maiden on 5th March 1936. Its designer, Reginald Mitchell died in 1937 and didn’t survive to see the total success of his creation. During twelve years, as the production of Spitfires lasted, there were built 20.134 Spitfires, and 2.444 similar version Seafires, in more than forty variants. The initial struggle Spitfire had early 1940, in clashes in the air over France, but Spitfire Mk I and Mk II, had the real combat baptism in the Battle of Britain, earning everlasting fame. Variant Mk V appeared in 1941.

On 22 April 1944 British decision to help the Partisan movement under the command of Josip Broz Tito, in Libya, at the airport of Benin, in the context of the English Air Force (RAF), formed 352 Yugoslav squadrons ( the 1st squadron of the NOVJ). Squadron staff was made by Yugoslav pilots and mechanics, mostly former Air Force members of the Kingdom of Yugoslavia. In its armaments squadron had English aircraft type Spitfire (Spitfire) MK Vb, c. Pilot training was conducted at Lete airport near Benghazi. After completion of training, the squadron moved to Italy in his first wartime airfield Kane and became part of the Balkan Air Force. August 18, 1944. The Squadron Moves In their first combat quest, Spitfires flew over the Adriatic Sea and most of the tasks was the destruction of enemy ground targets in certain territories of Yugoslavia.

Late 1943 and at the beginning of 1944, several Yugoslav pilots flew combat missions on Spitfire in a composition of the No.94 Squadron RAF over the Mediterranean War Theater. With these planes, the 1st squadron of NOVJ carried out 364 combat tasks and 1208 combat flights. Seven combat pilots were killed during the combat operations and eight planes were lost. 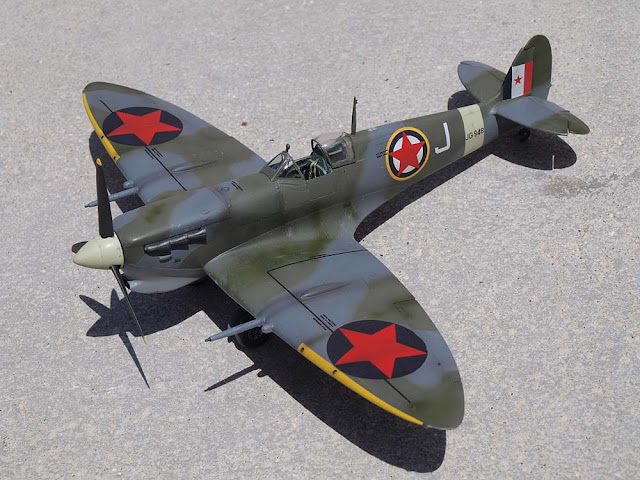 In January, squadron moves to the island of Vis, and then to the airport Prkos near Zadar, where they will wait for the end of the war. In May 1945, two squadrons out of the composition of the RAF, and become the first Aviation Regiment new Yugoslav postwar aviation, and its first commander was Djuro Ivanisevic. 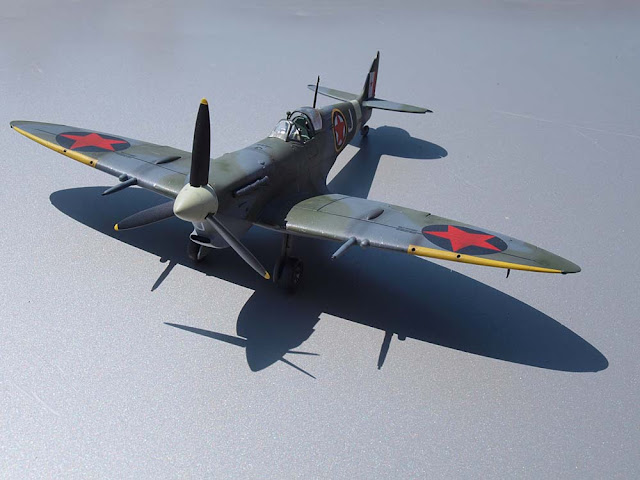 After the WWII ended all Spitfires, since then in the composition of the 1st Escadrille, (among them the plane exhibited in the Air Museum aircraft display), were handed over to the newly formed the Yugoslav Air Force, the JRV. Since establishing the unit passed 65 Spitfires Mk V and three Mk XIs. The remaining aircraft rested in service of the JRV until the final removal from an inventory, in 1952.
After the war JRV used 18 airplanes of this type, VE numbers from 9476 to 9493, of which the 103rd scout regiment was formed. The Soviet cameras AFA-IM-F-21 were installed on the aircraft. Aircraft were used until August 18, 1952, when the last nine aircraft of this type were depleted. 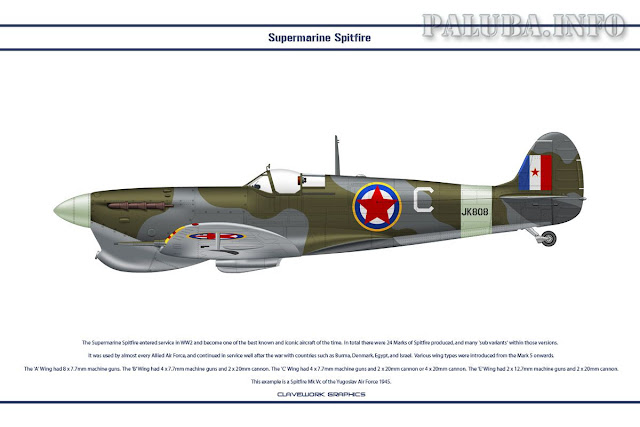 Spitfire Mk Vc, (the YAF serial 9489, c/n 17545) was built early 1943e, and it is the only in the world preserved Mk V variant plane with tropical air inlet with dust filter. By the end of their service, Spitfire was utilized as reconnaissance planes, with a vertical recording aerial camera built in on the left side, behind pilot’s seat. After being removed from an inventory this aircraft was allotted to the Military Museum, was exposed on exterior display, and 1961 handed over to the Air Museum. 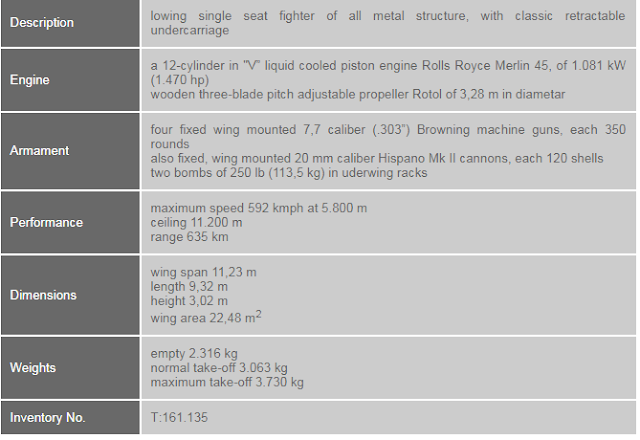