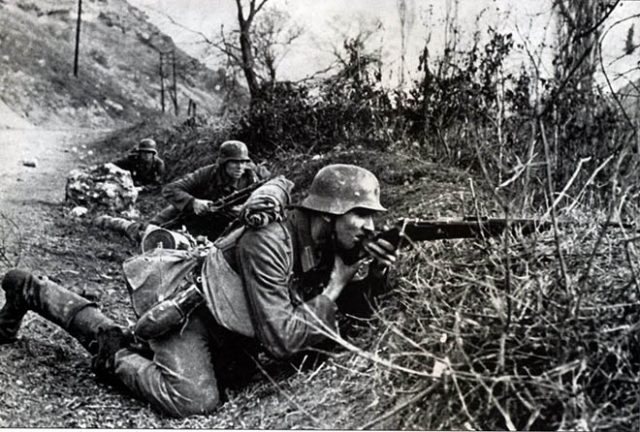 3. 9.  - The official date of establishment of the Ustasha Black League.

5. 9.  - Cooperation Chetniks with Nedic government agreement Milan Nedic and representatives of Draza Mihailovic - together against the Communists, helping create Chetnik units in Bosnia and Montenegro.

6. 9. - All Jews over the age of six years in the territories under German control must wear the Star of David.

16. 9. - Adolf Hitler ordered the suppression of the uprising in Serbia at all costs. Germany Administration in Serbia ordered the shooting of 100 Serbs for killed and 50 for wounded German soldiers.

19 September - The headquarters of the 18th Army Corps (Franz Böhme) transferred from Greece to Belgrade, Beme has military and civil authority in Serbia.

24. 9. - Partizans enter Užice, which will be the center of the Uzice Republic for two months; Partisans also entered in Kosjerić.

26 - 29 September - Conflict between Chetniks and Partisans near Kosjeric.

September 26th - An ammunition factory has been operating in Uzice.

30. 9. - The "Bloody March" of the inhabitants of Sabac has been completed.

September - The name "partisans" instead of "guerrilla".

the second half of September. - Conference of Muslims in the cities of Bosnia and Herzegovina condemn the Ustasha crimes; in Ostrošac near Duvno Muslims and Croats liberate Serbs who are Ustashe wanted to kill.
Other