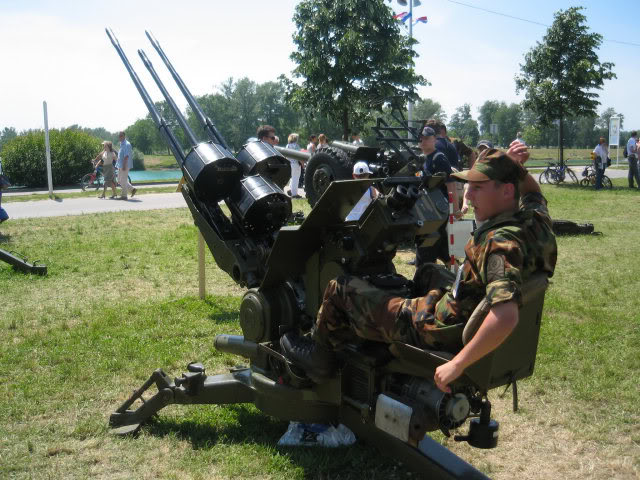 The Zastava M55 is the name for the triple-barreled automatic anti-aircraft top 20 mm produced in Yugoslavia. The Yugoslav anti-aircraft M55 20 mm was produced under the license of the French antiaircraft gun named Hispano-Suiza HSS-804 20 mm L / 70. This counterweight gun is manufactured in four variants: M55A2, M55A3, M55A4 and M55A4M1 (BOV-3).

The M55A2B1 is designed for action against low-air targets in the airspace, and can also be used against unshielded and easily shielded targets on earth and water. The shooting speed is from 1950 to 2250 bullets per minute. M55 uses drums as an ammunition tank with a capacity of 60 bullets. M55 uses three types of ammunition: 20 × 110 mm M60 armor-piercing grenade pointer/marker,  20 × 110 mm TZO M57 explosive torch cartridge, 20 × 110 mm M79 exercise carousel, 20 × 110 mm M77 exercise cartridges

The gunner sits at the rear end of the gun and adjusts the traverse (360°) and elevation (+83° to -5°) with two handrails. The M55A3B1 differs from the version of the M55A3 in that on the right there is a built-in "Wankel" engine whose power is used for running along the altitude and altitude. marksman operated with a cannon with a help of a stick (joystick). 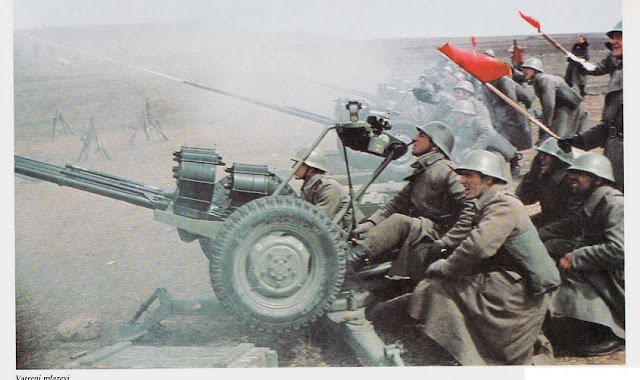