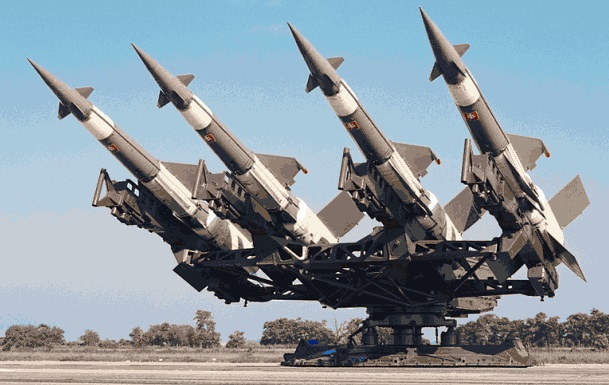 S-125 Neva missile systems for air defense of the territory. This missile system surface-to-air (Eng. Surface-to-air missile system) is produced in the Soviet Union 60 years of the 20th century. It is still in use in many countries, including Serbia. In recent years, carried out the modernization of the system, which allows it to use, and in today's conditions. NATO name for the system is the SA-3 Goa. 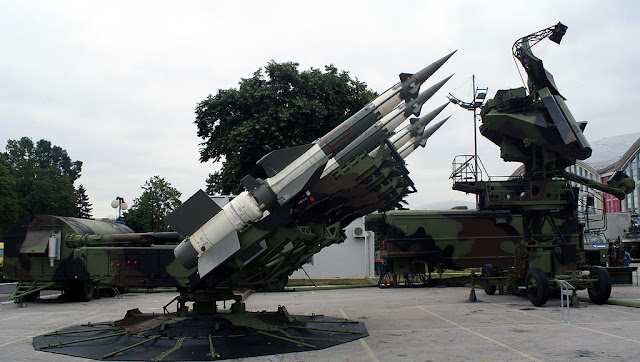 Missile system S-125M1T "NEVA" has the following features:
- the observation zone maximum detection range is 80 km for a radar channel and 20-40 km for Thermal channel
- the destruction zone is 20m lower limit (of 11 km is 500m, the upper limit is 18 km, the minimum distance is 3.5 km, the maximum horizontal distance of 17.5 km, the maximum distance piece is 25 km, the border parameter FX 16.5 km)
- firing targets in a match at speeds up to 700m / s
- shoot targets on land and water

Shooting down of F-117 on Buđanovac place during the NATO bombing of Yugoslavia, which is the first and only confirmed the loss of the airplane NATO is in stealth technology. Fly US Air Force Lockheed F-117A Night Hawk with marks AF 82806 HO (base Holloman, New Mexico) was shot down on March 27, 1999, the fourth day of the NATO bombing, and broken down by the 3rd Division 250th Missile Brigade PSC Yugoslavia, which was commanded by Lieutenant Colonel (Colonel final), Zoltan days. Flights hit by a Russian missile system S-125 Neva, thanks to the deputy commander Lieutenant Colonel George Anicic who led the entire operation. Unable to further flight, the plane crashed in the area of Srem villages Buđanovci in the house.