The most known German fighter plane of the W.W.II, crowned by the glory of an aircraft whose pilots shot down the most opponent’s planes than anyone in the history of warfare. Also, one of the only few aircraft types acting in combat from the first to the last day of the war. Its first prototype had a maiden flight early September 1935, and series planes experiencing the combat baptism in the Spanish Civil War. To the end of the W.W. II, they were about 34.000 pieces, (the war production itself was 30.480 planes). Developed in the course of time, it’s last variants had engine double stronger than the prototype.

The Air Force of the Kingdom of Yugoslavia purchased in Germany, from August 1939 to late 1940 about 80 planes Messerschmitt Me-109 E-3, which, in the composition of the elite 6th Fighter Regiment, were used during the April War 1941, participating in the defense of the Capitol, Beograd. 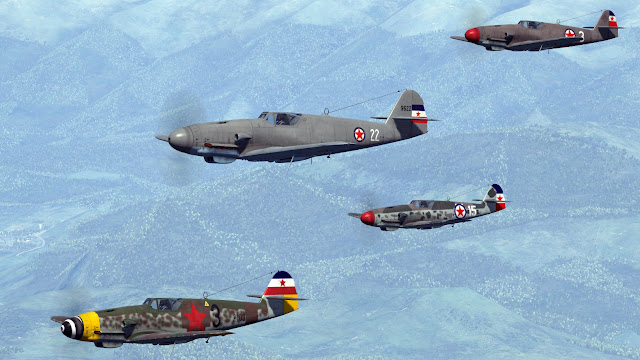 Except 10 Messerschmitts, captured during the 1941-1945 war, on the basis of the agreement with Bulgarians, contract signed on 1st August 1947, the next year, in exchange for metal parts of Ilyushin IL-2, manufactured at aircraft factory "Ikarus”, from Bulgaria Yugoslav Air Force got 59 Messerschmitts Me-109, variant G and K, followed by more, totaling up to approximately 120 planes, of which 6 were of G-2 variant, 32 of G-6s, one two-seat G-8 trainer, 9 G-10s, ad 4 of G/-14 variant. Of those, 5 were wiped off and were taken as spare parts, 3 single seaters were in Yugoslavia converted into two-seat trainers, while on one G-10 was mounted reconnaissance photo camera K-24. Due to lack of spare parts, all Messerschmitts were withdrawn from service in 1954. 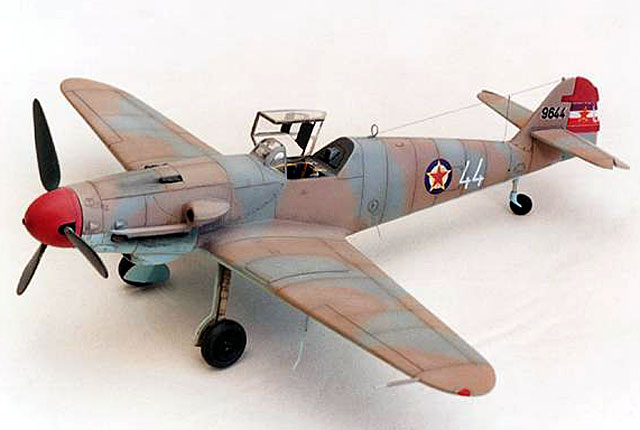 G-2 variant appeared in May 1942, but this particular example, (Yugoslav Air Force serial 9663, c/n 741702), which came from Bulgaria, undergone a lot of German, Bulgarian and Yugoslav technical and practical changes and modifications. This example was wiped of service on 22nd September 1952 and delivered to the Air Museum. It is the one of only two "survived” Me 109 G-2s in the world. 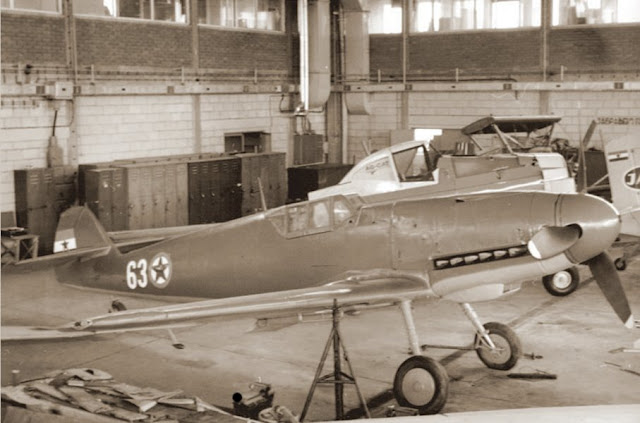