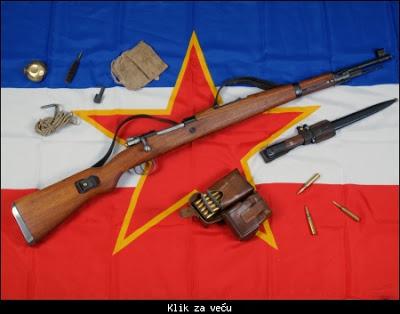 The M-48 rifle was Yugoslav production created on the basis of the German Karabiner 98k modified for production in the Kingdom of Yugoslavia before World War II. In large part, it had representation in the JNA.

After World War II, the Yugoslavs took this design and incorporated minor modifications. Although very similar in general appearance to that of the German rifle, many of the parts of these two rifles are not interchangeable, especially the bolt and related action parts. M48s are usually distinguished from the 98k by the top handguard, which extends behind the rear sight and ends just in front of the receiver ring, although this feature exists on other models as well. The M48 was designed with a stock similar to the 98k, but it has a shorter intermediate-length action and receiver, as does the similar M24 series Mauser. The M24 series Mausers were built from pre-war Yugoslav Model 24 Mausers and then refurbished with newer Belgian parts, and usually have straight bolts, while the M48s have curved bolts. Most M48 stocks are made from thicker Elm or Beechwood and have a thick stainless steel butt plate at the rear of the stock. The M24/47 stocks are mostly made of thinner Walnut or Beech wood and do not have a milled stainless steel "cupped" butt plate. The M48 was also designed to remove the follower from stopping the bolt from closing when the magazine is empty. M48's are regarded as a military surplus firearm and can be collected in the USA, Canada and Australia at a generally cheap price due to the plentiful numbers recently imported from Europe, most of which had never been used in combat. 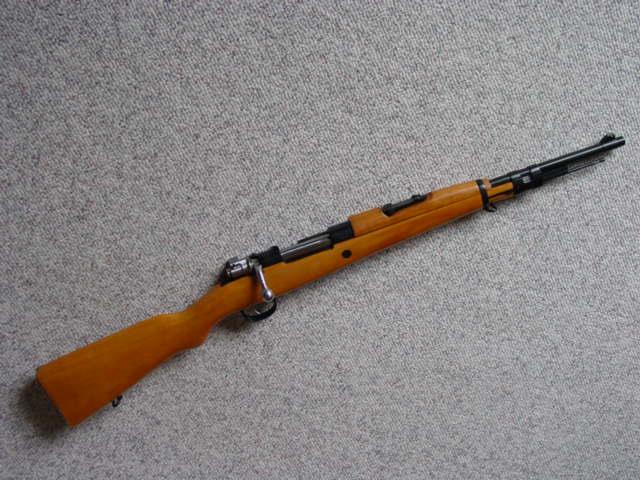 The rifle is used for the destruction of the enemy by fire, bayonet and rifle butt. It is the best means of destroying individual living targets (discovered, masked and mobile). The best results from distances up to 400 m. Focused fire a large number of rifles used for the destruction of group targets at distances up to 1000 m. On airplanes flying low and the parachute opens fire from a distance of 500 m. Tanks and other armored vehicles throwing up in the slots for Closed-Circuit distance up to 200 m. 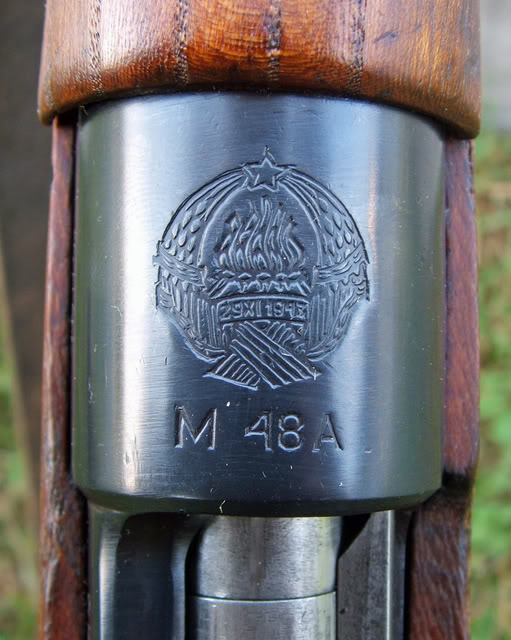 The rifle full frame of 5 bullets. The rate of fire in the battle is to ten rounds per minute. Sighting range rifles is 2000 m, and the ultimate achievement of 5000 m

Storage and Handling: The gun must be kept safe, regular cleaning and it must be handled with care because of it depends on its proper operation and the accuracy of hitting. It is kept empty and triggered by a bayonet is placed behind it. It is forbidden to lean his rifle against the wall. It is forbidden to clog the tube. Before shooting be sure to check whether the pipe is not blocked, it would be in this case for firing swelled and burst. In exercising careful that the tube magazine and chest rifle enters sand, etc.. and that the gun does not fall and does not hit on hard objects, in particular, should pay attention to the barrel, the rifle sight. If the shutter is difficult to open, and the shot does not fall easily into the bay, should not be suppressed by force, but to find the cause and eliminate it.