Interesting facts and figures on the Balkans on May in 1941

4. 5. - The Government of the Kingdom of Yugoslavia declared war on Hungary and Bulgaria.

6. 5. - Djurdjevdan rebellion against the Ustasha authorities in the Serbian villages near Sanski Most, crushed for two days.

9. 5. - Closed embassies of Norway, Belgium, and Yugoslavia in Moscow (the German request).

12 - 13. 5. - Colonel. Dragoljub Mihailovic with a group of soldiers and officers began organizing the guerrilla movement on Ravna Gora. 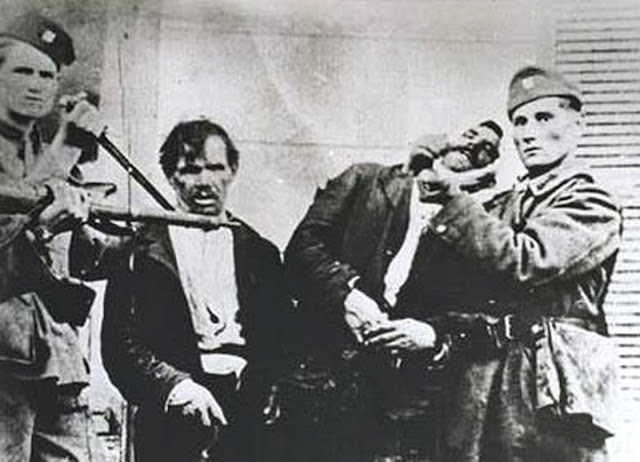 13 5 - Interior Minister Andrija NDH Artuković prescribes "Implementing order on the organization and operations of the Directorate for Public Order and Security", the main asset of the criminal policy against the Serbs, Jews, and Croatian patriots.

18. 5. - Pavelic and Mussolini signed the Treaty of Rome:
most of the Dalmatian coast, Gorski Kotar, and the island belongs to Italy (Zone I). Governorate of Dalmatia in Zadar with Zadar, Split, and Boka Kotorska province.
Italian Prince Aimone marked Croatian king named Tomislav II. but never ruled. 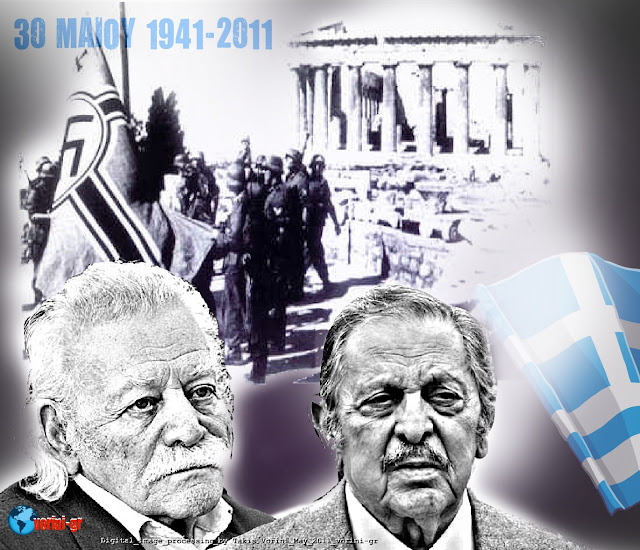 20 - 31 5 - Battle of Crete, the Germans conquered with great sacrifice. Greek king and the government go to Cairo.

27. 5. - Germans in Serbia banned listening to foreign radio stations (except German), on pain of death.

30 – 5. - Tito moved into the villa Nenadovic at the Belgrade suburb of Dedinje.

30 – 5. -  Manolis Glezos and Apostolos Santas tear down the Nazi swastika on the Acropolis in Athens, and replace it with the Greek flag.

May 30 - Hungarian occupiers forcibly evict the Serbs from some settlements.
Other