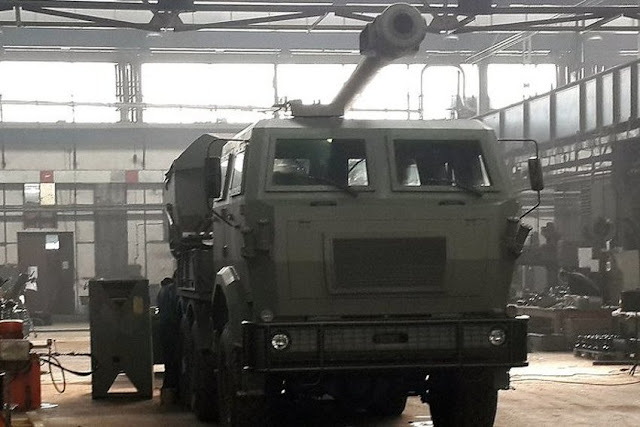 "Bratstvo" Novi Travnik - Factory of the machine and hydraulic (BNT TMiH) at the end of the first prototype of modern artillery weapons produced after the war in Bosnia. It is a self-propelled howitzer 155 mm caliber, it was announced from the company.

The development of howitzers has been going on for years, and from this factory, the military part of the former Novi Travnik giant "Bratstva", announced that beginning in 2017 performed the first test self-propelled modern weapons whose range of up to 40 kilometers.

As he said Adis Ikanović in. d. director of BNT TMiH, it is a weapon that is an almost completely Bosnian product, because, in addition to trucks and computer equipment for guidance, all produced in factories in Novi Travnik.

"The first Probationary testing of fire we will carry on our training ground where we test mortars, and to see where we are going to shoot at the target range further. The only training ground in Bosnia and Herzegovina is in Glamoc, but when we consider that to test weapons in the Czech Republic, Turkey or another country cost up to one million KM, it is better to pay some money to our military, "said Ikanović.

As director of the company said finished product will be competitive in the market, it will be up to 20 percent cheaper than the competition and a lot easier, which will improve the mobility of artillery weapons.

Interest in Howitzer whose price will be about one million KM per piece exists, but by the end of the test no contracts will be signed.