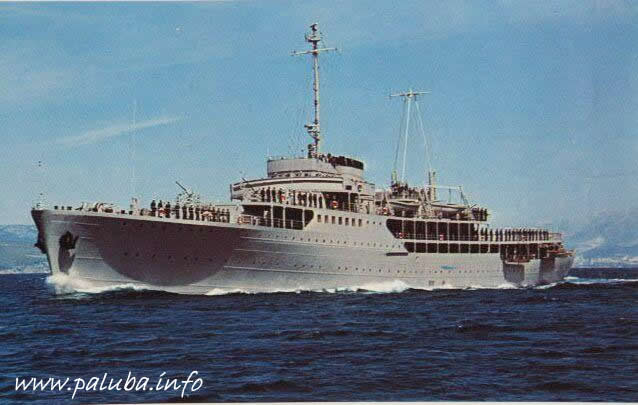 Yugoslav Navy (JRM) training ship Galeb, also known as The Peace Ship Galeb (Brod Mira Galeb), was used as an official yacht by the late President of the Yugoslav Republic, Marshal Josip Broz Tito. The ship attained an iconic status among the peoples of Yugoslavia in this role, as well as among the many diverse nations and members of the Non-Aligned Movement. "Galeb" is Serbo-Croatian for "seagull".

During its active duty ship is changed three names and three flags under which sailed. Galeb was built in 1938 in Genoa as the auxiliary cruiser Ramb III, destined for service in the banana trade between Africa and Italy. 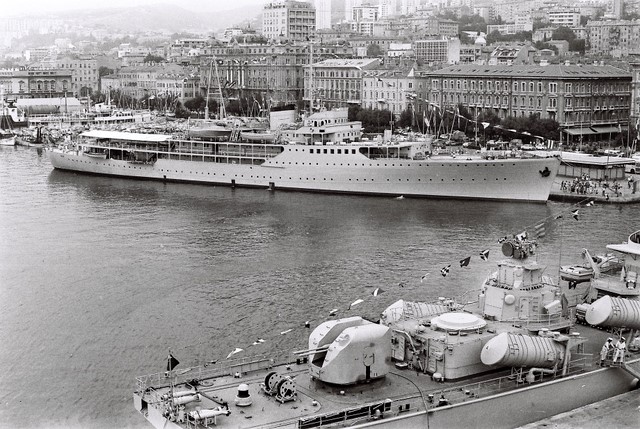 In 1936, the Italian company for the trade with southern fruit - Regina Acienda Monopoli Bananas (it. Regina Azienda Monopoli Bananas, Rambo) from Genoa ordered four fast ships diesel-powered. Four ships of the same type, including the Ramb III, was built in the shipyard Ansaldo in Genoa in 1938. The original purpose of the ships was the transport of frozen bananas from Somaliland and Eritrea in Italian East Africa to Europe.

Before World War II because of its design Rambo III is repurposed to escort cruiser for raids on merchant ships. Displacement of the ship amounted to 3,667 tons, while diesel engines are allowed to reach a speed of 18.5 knots. When Italy on 10 June 1940, declared war on the United Kingdom and France, Rambo III is only one of the four ships was in home port. Although it has not fulfilled its original purpose, and thus never arrived in the Italian East Africa, Rambo III has made a lengthy career in the Italian Royal Navy in which the convoys to supply served as the escort ship. Like the other three identical ship is armed with two 120 mm cannons, as well as with eight 13.2 mm anti-aircraft guns.

On 12 November 1940, during the attack on Taranto, southern Adriatic, on task was a group of British destroyers. The group was on its way from Vlora to Brindisi encountered a small convoy of four Italian merchant ship, which was accompanied by Ramb III and following the Fabrici ship (it. Fabrizi). Rambo III was when contact with the British destroyers fired 19 salvos and without damage suffered broke through the encirclement. Fabrici remained with merchant ships and also opened fire on British ships. Although he received a direct hit, which was seriously damaged, the crew continued to fight. After the Fabrici neutralized, British ships sank four merchant ships.

On 10 May 1941 Rambo III was on a mission in the Libyan port of Benghazi, which was transporting meat for the Italian army when he was hit by a torpedo from the British submarine HMS Triumph (Eng. HMS Triumph). With such damage to the ship could not sail. However, captain Giuseppe Aneta (it. Giuseppe Anet) was allocated by the load so that the ship was able to sail back. The ship was sailing from the stern forward sailed up to nine hundred miles distant Sicily, where were tugboats towed to the shipyard San Marco in Trieste.

After the capitulation of Italy, Rambo III was still repairing. On 9 September 1943 in Trieste, the Germans occupied the ship. First, they intended to repurposing the ship to transport troops, and then the decision was made to reassign the minelayer named Kibic (nem. Kiebitz). As the boat was not equipped with the necessary navigation equipment for mine, with Kibic always sailed another ship, which was equipped with such equipment. After repurposing Kibic could embark 240 mines were laid in a rail ejection mine and additional anti-aircraft weapons. During 1944, Kibic was hit a mine near Ancona, to then has set more than 5,000 mines in Kvarner and northern Adriatic. Kibic had for the second time to sail stern forward draws to Pula where he repaired. After that, he retired in the Rijeka where it was after several attempts sank by the Allied air force on 5 November in 1944.

After the liberation of Rijeka and the war ended began cleaning the port from the wreck. in 1947 began extracting KIBIC wreck from a depth of 22 meters. Removing sunken ship brought the Split ship rescue. When removing kibic first time on the east coast the technique of extracting the ship using cylinders and compressed air. The ship was finally removed at the beginning of 1948, partially disassembled and reconstructed at the Pula shipyard. The ship was completely and very luxurious and modern furnishings and handed over to the Yugoslav Navy as a training ship Galeb. Galeb became residential and yacht off the President of Yugoslavia Josip Broz Tito. In the new role, which was very different from the original purpose of the ship, Galeb has served the next 30 years. 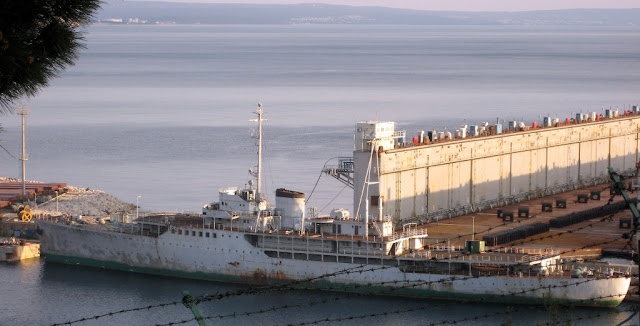 In March 1953 Tito came, as the first communist leader in history to visit the UK, on the meet with Winston Churchill, the boat sailed into the Thames. Tito during a visit on board a ship first officially welcomed by the Duke of Edinburgh. Since March 1953, Tito was with Galeb traveled 14 times in the visiting 18 of countries on three continents - Europe, Asia, and Africa, agreeing to 29 ports. During the visit seagulls deck passed many statesmen and representatives of friendly countries, the English Prime Minister Winston Churchill, the Greek King Paul and Queen Frederica to the Ethiopian Emperor Haile Selasĳa and Moroccan King Hassan II, and visited by the presidents of the Non-Aligned countries Gamal Abdel Nasser, Jawaharlal Nehru, Ahmed Sukarno, general Abud, Kwame Nkrumah, Albert staff colleges, Habib Bourguiba, Sirimavo Bandaranaike, U Nu, Ne Win, Modiva Keita, Sekou Toure, Archbishop Makarios, and the President of the USSR Nikita Khrushchev. Apart from statesmen on Galeb were staying and many world famous scientists, artists such as Elizabeth Taylor and Richard Burton, who played Tito in partisan film Sutjeska 1973 and high military officers. Latest Tito's journey with this ship was in 1979 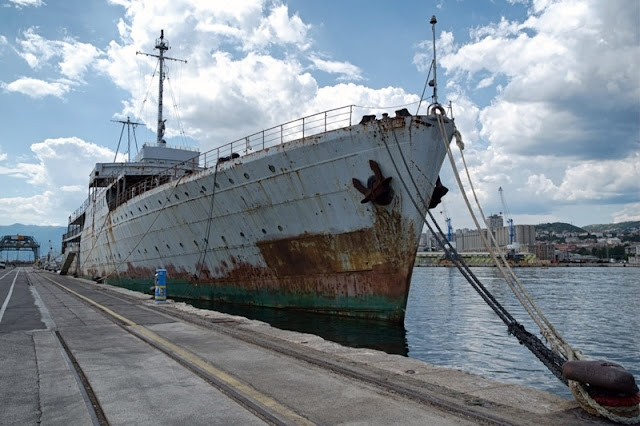 The speed of 17.6 knots boat was achieved by using two of Fiat's diesel engines of 7,000 hp. It is interesting that the Italians are proud of Seagulls engines from 1938. The Italians offered Yugoslavia, that in exchange for the engine of the ship, to be exhibited at the Fiat museum in Turin, the Yugoslav Navy build a new, modern training ship. The Yugoslav leadership that request flatly refused. 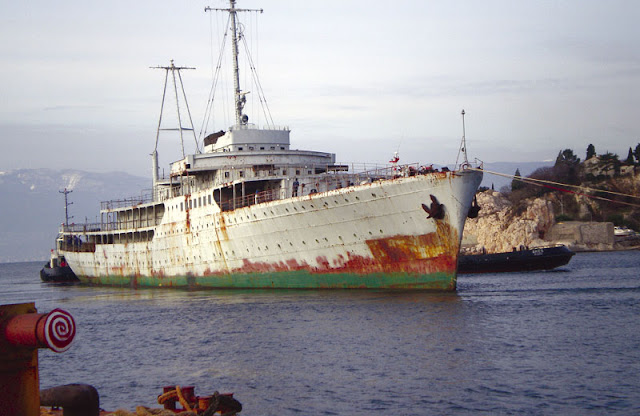