The TT-30 (Russian: 7,62-мм самозарядный пистолет Токарева образца 1930 года, 7,62 mm Samozaryadnyj Pistolet Tokareva obraztsa 1930 goda, "7.62 mm Tokarev self-loading pistol model 1930") is a Russian semi-automatic pistol. It was developed in the early 1930s by Fedor Tokarev as a service pistol for the Soviet military to replace the Nagant M1895 revolver that had been in use since Tsarist times, though it ended up being used in conjunction with rather than replacing the M1895. It served until 1952 when it was replaced by the Makarov pistol.

During 1930, the Soviet Revolutionary Military Council wanted a new gun to replace the Nagant M1895 revolvers. A pistol designed Fedor Tokarev was tasked to develop a new model gun. In early January 1931, the new guns were given for troop trials, and the pistol was adopted for service in the Red Army.

Although the gun TT - 30 put into production, design changes were made to simplify manufacturing. The result of these changes is a model TT-33. Most TT-33s were issued to officers. The TT-33 was widely used by Soviet troops during World War II but did not completely replace the Nagant.

Externally, the TT-33 is very similar to John Browning's blowback operated FN Model 1903 semiautomatic pistol, and internally it uses Browning's short recoil tilting-barrel system from the M1911 pistol. In other areas the TT-33 differs more from Browning's designs — it employs a much simpler hammer/sear assembly than the M1911. 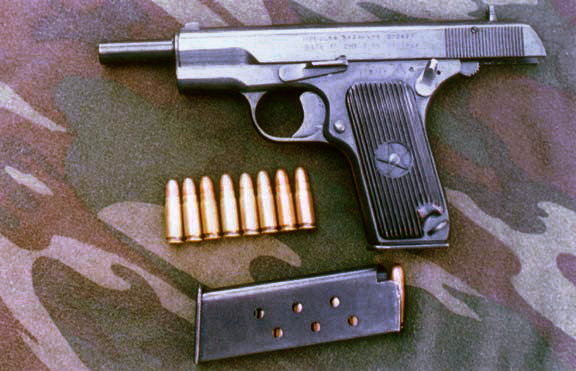 During the World war II, The Wehrmacht captured a fair number of TT-33s and issued them to units under the Pistole 615(r) designation. This was made possible by the fact that Russian 7.62 mm Model 1930 Type P cartridges were nearly identical to the German 7.63×25mm Mauser cartridge. Therefore, German ammunition could be used in captured Russian arms, but not vice versa. Due to much higher pressures, the Russian cartridges should never be used in the German Mauser pistols. Such use could be very dangerous.

Production of the TT-33 in Russia ended in 1954, but copies (licensed or otherwise) were also made by other countries. At one time or another most communist or Soviet bloc countries made a variation of the TT-33 pistol.
Yugoslavia was one of many countries that were under license produced their own version of TT pistol. 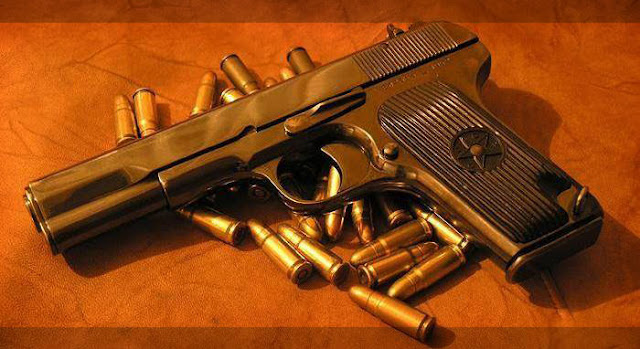 Zastava produces an improved version of the TT-33 designated M57.
The M57 has a longer grip and longer 9-round magazine (versus 8 rounds in TT). a 9×19mm version is also made by Zastava designated M70A as well as a compact version M88.
Zastava manufactures a sub compact pistol M70 (a.k.a.Pčelica ("little bee")) roughly based on TT design in 7,65mm Browning (.32 ACP) or 9mm Kratak (.380 ACP). 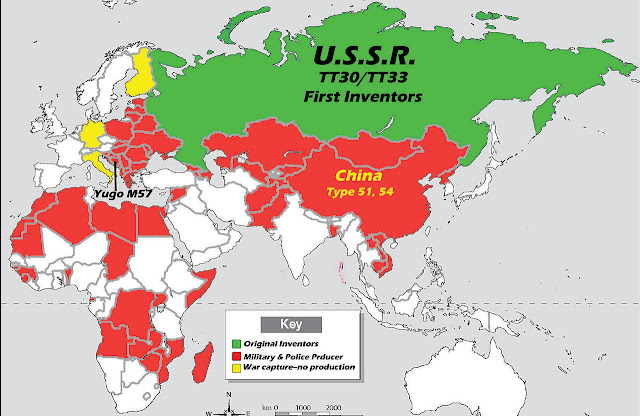 As of 2012 M57A, M70A and M88A are imported into the U.S. by Century International Arms.
military_vehicle_and_weapons