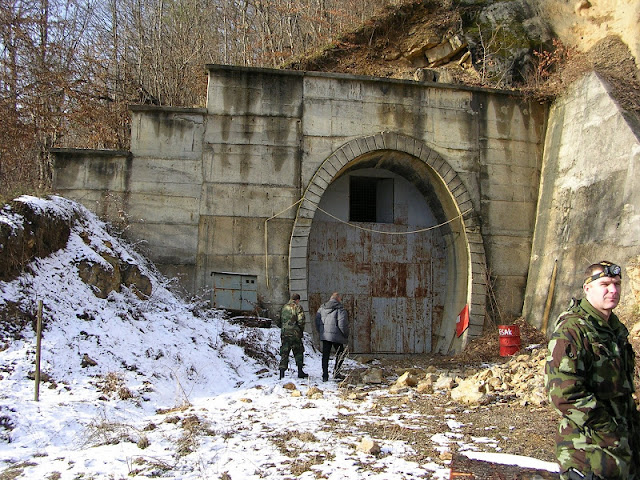 The underground facility "Veliki Zep" at Han Pijesak, which is suspected to be used by war crimes suspect General Ratko Mladic, was “solemnly” sealed by EUFOR at the end of December, announcing that a similar fate will befall other similar objects that the former JNA built over half a century ago, spending tens of billions of dollars.

Although the construction of some underground facilities such as Topcider in Belgrade and Veliki Zep in Han Pijesak started before the World War II, the construction was not intensified until after Tito’s conflict with the Cominform.

The military and political doctrine of the Yugoslav communist and military leadership after the exclusion from the Comintern assumed that Stalin would attack Yugoslavia. With this aim and based on the experience of partisan warfare, the doctrine of popular resistance was created with a base in Bosnia and Dinaric part of the mountains. For a more modern version of guerrilla warfare, the JNA began building shelters, connection centers, and command centers.

Until the 1990s, forty underground facilities were built and, according to some estimations, their construction cost 90 billion USD. The underground airport Željava on the border between BiH and Croatia cost 8.5 million dollars alone. 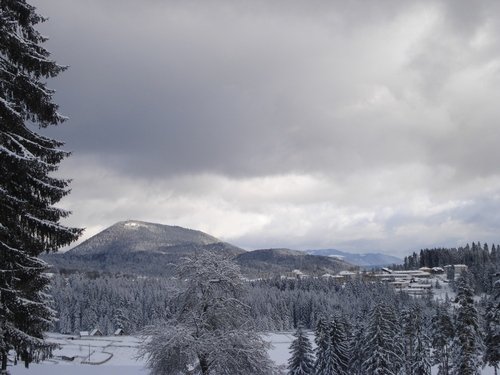 Almost all military industries north of the Sava River moved to Bosnia. They have been building entirely new cities such as Vogosca, Vitez, Novi Travnik, Hrasnica. Residents of these places worked in factories of the so-called defense industry.

Luxury for Five Hundred Selected Ones 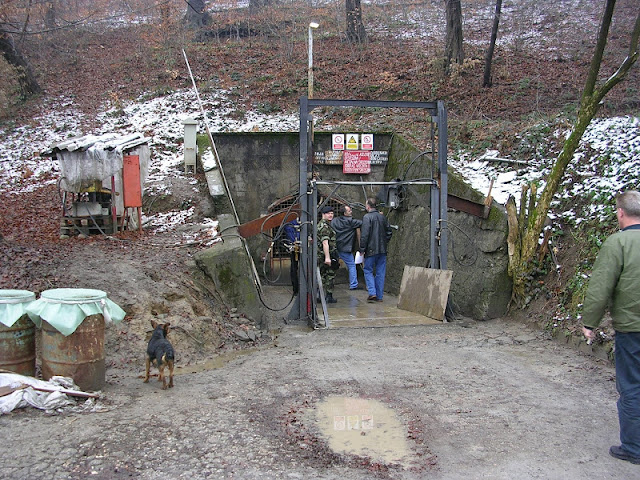 Recently, one former politician-economist stated that without such extensive allocations for military purposes the former Yugoslavia could have the standard of Austria at that time for 70 more years.
Orders for the construction of underground facilities were issued by the Federal Secretariat for National Defence (SSNO) through the Directorate for landscaping (DUT), which had specialized design offices in Belgrade. Works were executed by especial engineering polygons from Sarajevo, Zagreb, Split, Kraljevo, Belgrade and Kranj. 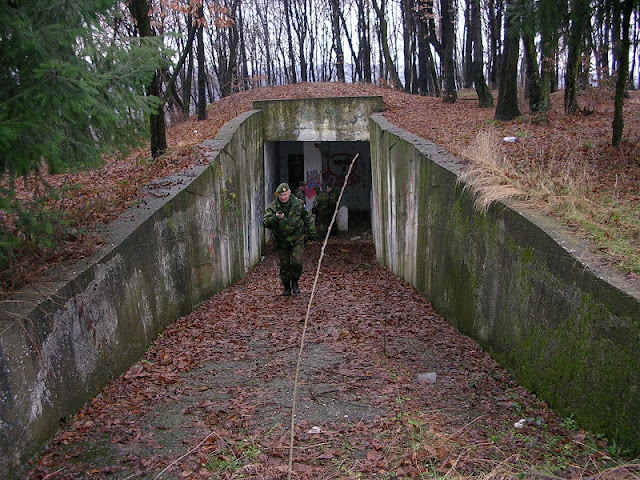 Underground City in Han Pijesak covers over 3.000 square meters and is connected to a separate series of rooms with tunnels. There are also luxuriously equipped kitchens, bedrooms, offices, conference rooms, telephones and communication equipment, special generators for electricity, fuel tanks and more. All this enabled the residence of 500 people for half a year in total isolation.

Tunnels have several exits in the mountains, in the shape of camouflaged guard houses and barracks, and one is on top of the mountain Žep, where the connection center is. 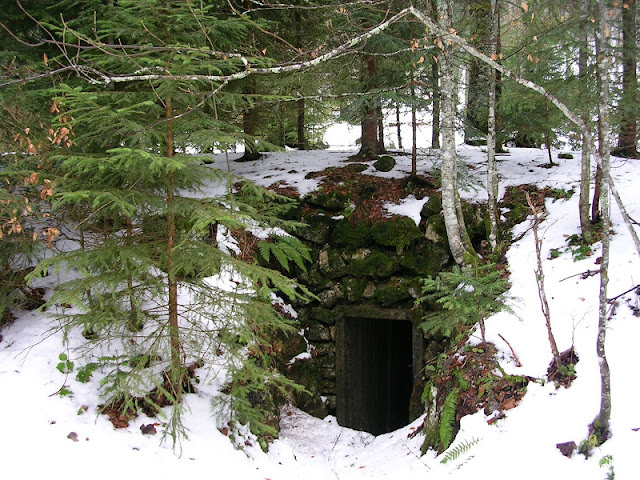 Underground Presidential Apartments
The latest and the greatest underground city is located under the Igman Mountain near Konjic. Covering about 7.000 square meters, shaped like a horseshoe, with 12 blocks and an ammunition factory, this is a contemporary complex, practically indestructible in the configuration of terrain. 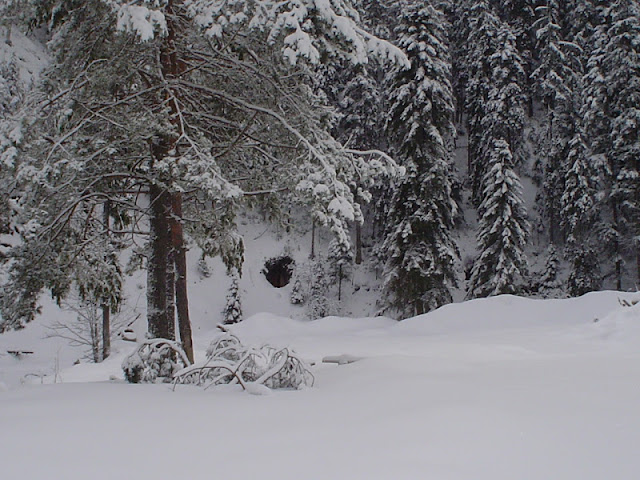 This complex includes luxurious presidential and ministerial apartments, command center and connections center for the entire former JNA, two amphitheaters for meetings and everything else necessary for the life of about 500 chosen ones. 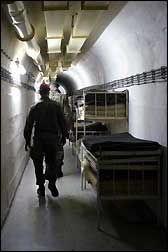 On each one of the higher mountains in BiH, there is a long system of underground installations for connections, the largest one being on top of Jahorina Mountain under the hotel for military pilots which was bombed by the Americans in 1995. The overground part was demolished, but the underground part did not suffer extensive damage. 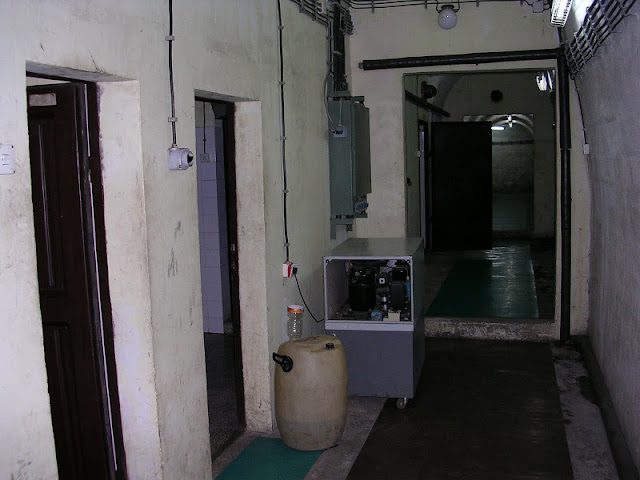 A large number of facilities are connected with forest roads and a network of tunnels and exits. These underground cities have not been used much in the past war, but they served as a warehouse and a hiding place for war criminals until this day. 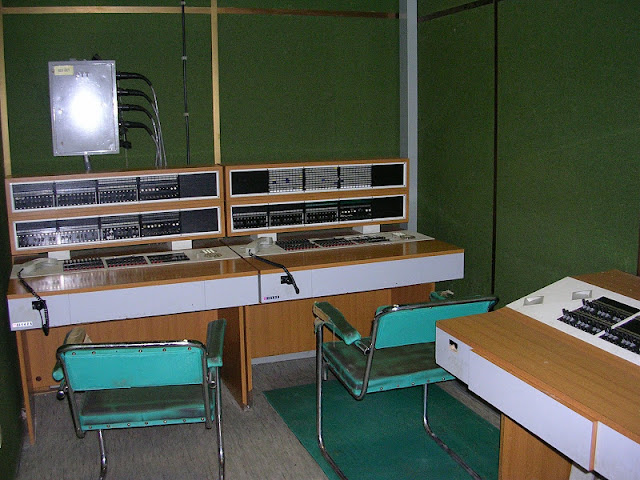 This location was targeted by NATO aircraft and hit with three aerial bombs. The attack was carried out by two planes flying low. The anti-air defense was concentrated on those planes and almost did not notice the third plane which threw bombs from a very low swoop. 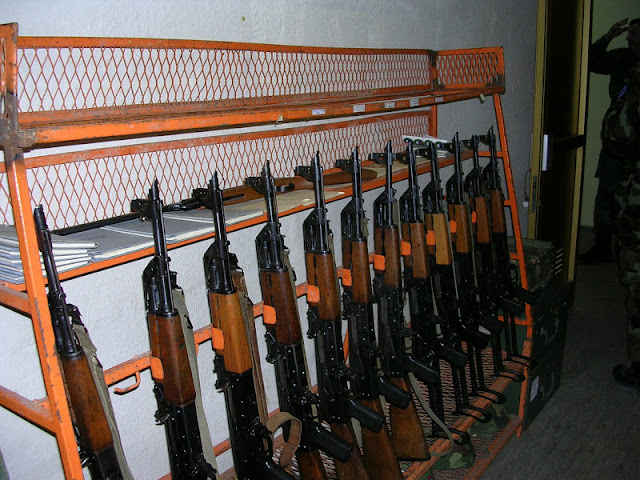 Main targets were the antenna, the officer's bunker, and the dugout for the army. Officer’s bunker was not seriously damaged, the military dugout was completely destroyed, and the central part where the bedroom, kitchen and living room remain intact.