The Soko G-4 Super Galeb (English: Super Seagull), also referred to as N-62, is a Yugoslav single-engine, advanced jet trainer, and light ground-attack aircraft. The G-4 was designed by the Aeronautical Technical Institute at Žarkovo and manufactured by the SOKO aircraft factory in Mostar as a replacement for the Soko G-2 Galeb in service with the Yugoslav Air Force (Serbo-Croatian: Ratno vazduhoplovstvo I protivvazdušna odbrana – RV i PVO). Production started in 1984 and lasted until the breakup of Yugoslavia in 1991. A total of 85 aircraft were built, six of which were exported to Myanmar.

The aircraft was powered by a single turbojet engine Rolls Royce Viper 632-46, static thrust of 17.8 kN, which is licensed-produced in Yugoslavia. The same engine is used to powered the Eagle attack aircraft.

The cockpit is Pressurized and air-conditioned. It is equipped with ejection seat Martin Baker YU MK10 type 0-0, set in a tandem arrangement. The rear seat is elevated to ensure better transparency. Windscreen is reinforced by small arms fire
.
The plane is armed with one two-pipe cannon GS-23 caliber 23 mm with 200 rounds in combat load. Canon is embedded in a container that is placed under the fuselage. On four underwing carry different combinations of weapons - bombs mass of 250 kg, rocket launchers caliber of 57 mm and 128 mm, napalm bombs. The total mass of arms (with a gun) is 1350 kg.

The modernized version is marked with the G-4M, and basic improvements are related to the installation of new electronic equipment, increase combat effectiveness by installing intrusive-navigation system with HUD infection and integration of new weapons systems, such as guided missiles air-to-ground AGM-65B Maverick and air -air R-60, improving the ergonomics of the cockpit, improved manageability, and installation of devices for de-icing air intake. 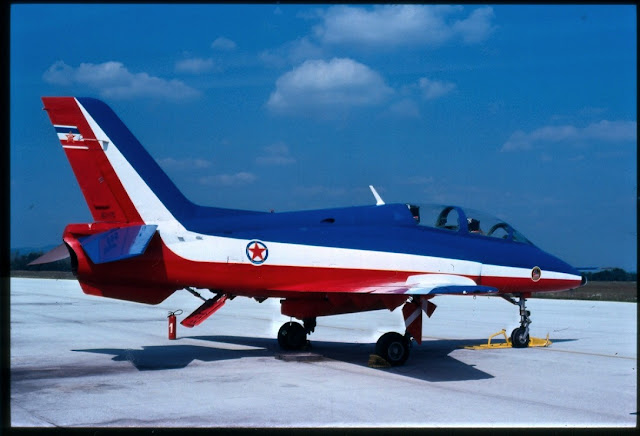 Six of Super seagulls were exported to the Union of Myanmar (formerly Burma), and the beginning of the disintegration Yugoslavia prevented the export of aircraft to Malaysia, Singapore, and Indonesia, and perhaps even in the United States. A total of 85 aircraft with two variants of the horizontal tail.

In the spring of 1999, before the war, aircraft G-4 of 252th dragged over the target polygons for training crews anti-aircraft weapons. Divisional PVO from the composition of the Air Force had a March 1999 shooting at the test site Pasuljanske meadows for the refreshment of knowledge reservists. 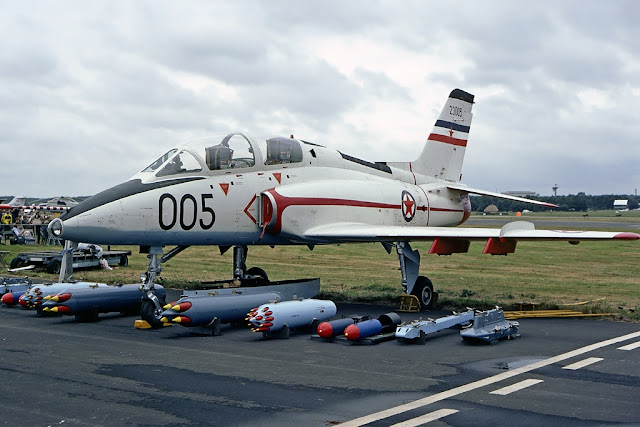 March 24, in the hours just before the start of the NATO bombing, eagles from the composition 252. lbae flew to the home airport on Ponikve.
NATO planes destroyed at airports seven armed and 16 unarmed  G-4 and damaged 14 aircraft. The main loss is caused by NATO missile that fell near the entrance to an underground shelter in the village of Tuzi - All airplanes "Flying Star" and part unarmed G-4 were destroyed. 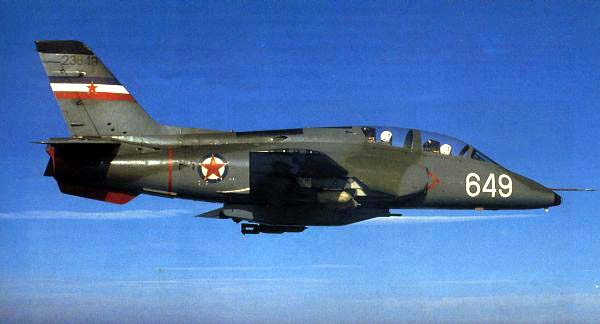 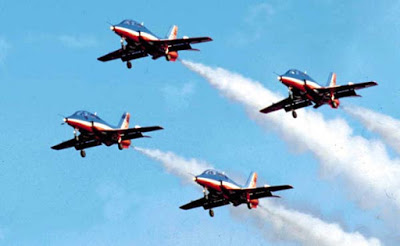