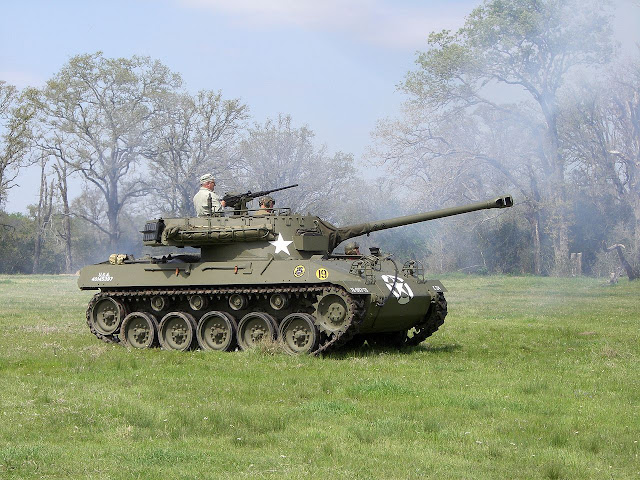 Tank destroyer M18 Hellcat is a self-propelled anti-tank weapon from World War II. It is characterized by a thin armor of only 7-19 (12) mm and is the only effective tactic against heavy German tanks were hit & run tactics (hit and run). Hellcat was very mobile, maximum speed 80km / h. This is the fastest armored combat vehicle used in World War II. It is characterized in that it has an open dome and crew provides excellent visibility, but also the vulnerability by enemy snipers.

In December 1941, services for the development of weapons in the US issued a request to build a fast tank that will easily move around the battlefield. The first models were armed with 37 mm cannon, but during the fighting in North Africa, the cannon is shown weakness against the German and Italian tanks. Therefore, in the following model installed 57 mm cannon, a With further improvements, and 75 mm cannon. Last performance of this tank was armed with a 76 mm cannon.

M18 had a big drawback. The largest of these was extremely thin armor and the effectiveness of his 76 mm cannon on the later German tanks Panther and Tiger. The dome was open, which means that the crew was exposed to sniper attacks, hand grenades, and other weapons. The ratio of low weight and high mobility have led to an unbalanced design. Although the M18 had a great top speed, it did not help much on the front lines. During the Battle of the Bulge in 1944 when the high-speed M18 used to cut the wing and came behind enemy lines from where to shoot at German tanks in the rear (thinner) part of the shield. As the German tanks were slow dome and targeting system, M18 them without any difficulty approaching from the side. 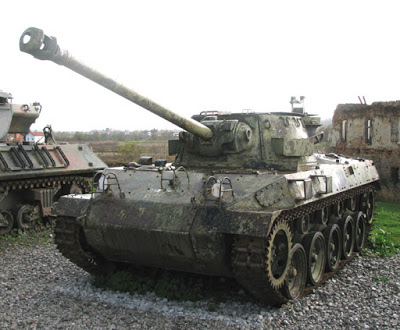 M18 continued to produce until August 1944 when the war was ending. produced about 2,507 of these fighters tanks, a single price at the time was 57,500 US dollars.

This weapon is supplied armored JNA forces during the fifties of the t
wentieth century and was used in the war activities in the former Yugoslavia, particularly in Bosnia. One copy was embarked on an armored train Krajina Express during the war. 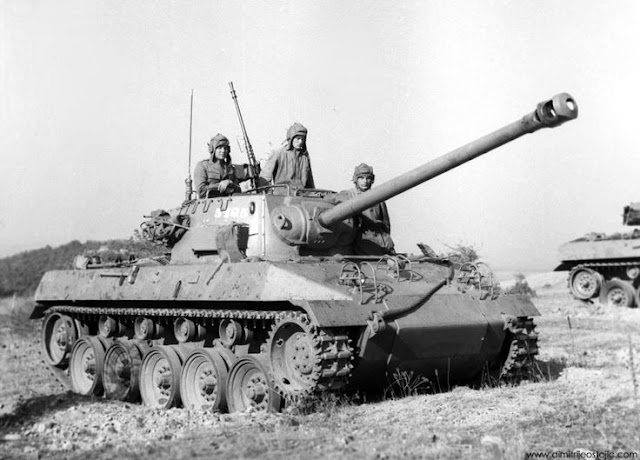 Muslim forces in Bosnia have used one T-55, which in place of the original turret mounted turret with an armored vehicle M18. One example of this with a converted tank was probably captured by Serbian forces during the conflict in Bosnia. M18 were seen in the Kosovo conflict, but just as false targets for Allied (NATO) aircraft. 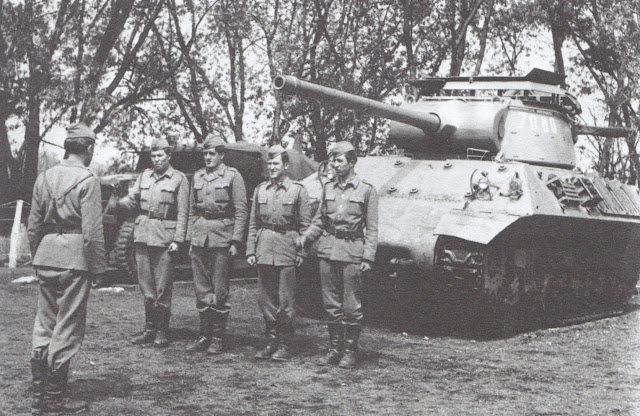 76 mm Gun Motor Carriage T86 (Amphibious)
M18 with a much larger and lightweight flotation hull, using its tracks for water propulsion. The T86E1 variant test vehicle used propellers for propulsion.
105 mm Howitzer Motor Carriage T87 (Amphibious)
The T86 vehicles had shown that track propulsion was better and this was used for the T87 which had the same 105 mm T12 howitzer of the T88.
All work on the three amphibious models was canceled after the end of the war.