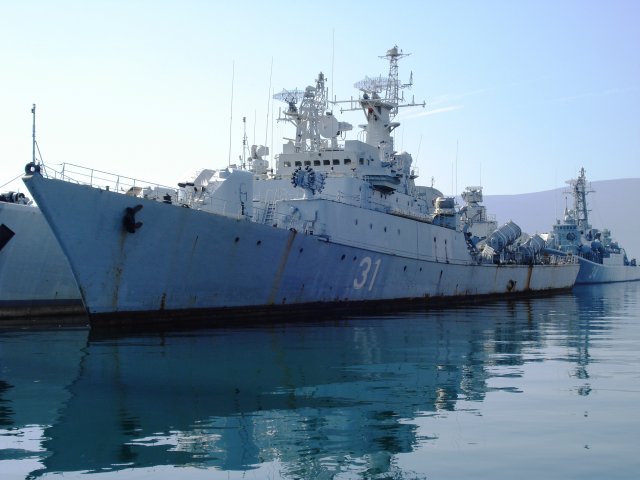 Rocket frigate class Koni is NATO's mark for the class of missile frigates built by the former USSR. They are also known as Soviet Project 1159. A total of 14 ships were built at the shipyard in Zelenodolska on the Black Sea between 1975 and 1988. It was first conceived as a replacement for the old class of the Riga frigate but was eventually chosen as an export product for the friendly navy. The Koni I subclass is intended for European waters, while the Koni II subclass is built for warmer water. Only a few are in the service today. 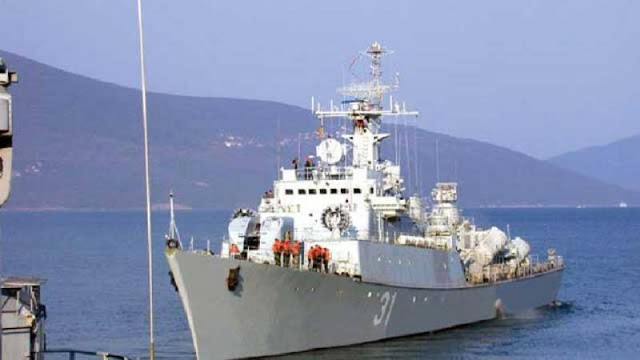 The two frigates of this class were sold to Yugoslavia, and on the basis of them later, two new frigates of Yugoslav production were built, which were known as the great patrol boats of the Kotor class. The Romanian frigate class Tetal is very similar to the Koni class.

VPBR-31 "Split" (ex-SSSR "Sokol"): was ordered on April 14, 1976, from the Red Metallic Shipyard in Zelenodolska. The ship was launched on April 21, 1979, and soon it was switched to the Azov River, and then to the Black Sea, where it was carried out by a transponder. Submitted to the Yugoslav Navy (JRM) on March 10, 1980. The ship was purchased by the JRM for a price of 18.27 million dollars, given a new name, Split, and classified as a VPBR (Large Patrol Boat).

ASW weapons included two RBU-6000 launchers mounted side by side, controlled by the "Burya" fire control system with additional 120 rounds in storage, as well as twelve BB-1 conventional depth charges. Cannon armament consisted of two 76 mm AK-726 dual guns mounted on the ships' bow and stern with two AK-230 CIWS placed on the sides and controlled by the MR-104 "Ris" FCS. Air defense was provided by a single dual mount for the 4K33 "Osa-M" system with 20 additional missiles.

Four stern facing launchers for P-20 anti-ship missiles were installed soon after the ship was commissioned with the JRM.

After the retreat of all Yugoslav Navy forces from Croatia, Split was relocated to Montenegro where it was renamed Beograd in 1993[4] with its designation being changed to RF-31 (sr. raketna Fregata; eng. missile frigate).

On 19 August 2013 Split was towed away to a ship-breaking yard in Durrës after being sold to an Albanian company for 400.000 euros.
the_air_force_and_navy