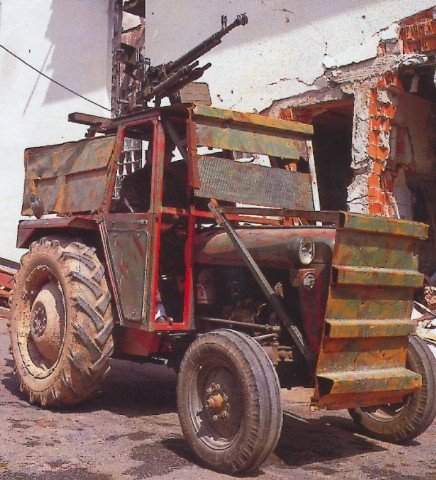 The lack of military technology is motivated by all parties to the conflict to resort to improvisation. In this way, they create unique vehicles, hybrid combinations of written-off technique and obsolete weapons from military assistance to the fifties or trends eighties with veterans of World War II and the combination of launchers and missiles PA PB rocket ... The vehicles depicted belonged to all the warring parties during the war on ex-SFRY areas.