What are the world's officials, generals, writers, actors and athletes say about Josip Broz Tito ?!

According to the official publication, Josip Broz Tito died on 4 May 1980 at 15:05 hours after prolonged treatment in a hospital in Ljubljana, where he was previously due to health complications amputated a leg.

Respect for the Tito and his army did not show only allies, but also the war enemies. What did they say about Josip Broz by his contemporaries - - Winston Churchill, Heinrich Himmler, Franklin D. Roosevelt, Charles de Gaulle, Yasser Arafat, Neal Armstrong, Richard Burton, Willy Brandt, Miroslav Krleza, Mirza Delibasic ...

Dwight Eisenhower, the American president, and general: "Tito is the greatest hero of World War II."

Winston Churchill, in August 1944: "The reason why we stopped to help Draza Mihailovic and his Chetniks is simple. He did not fight against Hitler. We firmly on the side of Tito, for his great and courageous fight against the German Army ... Partisans are now masters of the situation and represent a mortal danger for the Germans ... "

Franklin D. Roosevelt, President of the United States, 1944, "Tito's decision to fight against the Nazis turning point in the history of World War II ..."

Rudolf Luetters, commander of the German troops during the Battle of Sutjeska, 1943: "The course of the battle showed that the partisan forces under Tito's command perfectly organized, skillfully guided and to have morale that raises eyebrows ... The German soldier was not up to fanatically fighting partisans ..."

William Bill Deakin, head of the British military mission to the People's Liberation War, "Tito is the only supreme commander wounded during World War II. I had a military honor and duty to be at war with Tito ... Despite the events in which we broke, he was always calm and collected. Its steel look assured all only in victory and only victory ... "

Dean John, Chief of the British General Staff, in 1944: "Since the autumn of 1942, Montgomery in Africa, Zhukov in Russia and Tito in the mountains of the Balkans, marked the beginning of the collapse of the power of the Axis and the beginning of an inexorable assault on a German fortress." 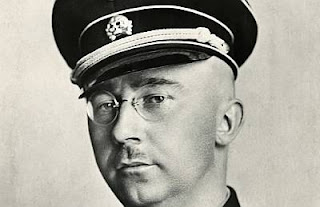 Heinrich Himmler, one of Hitler's closest associates, in 1944: "I wish you another example of persistence - perseverance of Marshal Tito. I must say he was an old communist, that Herr Josip Broz, that is a very strong man. Unfortunately, he is our opponent. This really deserves the title of Marshal ... He is our enemy, but I'd like to have a dozen Tito in Germany, people who would be leaders and that would have such determination and such strong nerves never to surrender, even though they are completely surrounded. This man has nothing, absolutely nothing. He was always surrounded, but that man has always found a way to break through. He never capitulated. We know best what our troubles behind on Yugoslav territory because they are so persistently struggling ... "

George Patton, US general: "Marshal Tito and his partisans had the political and military courage to be in the middle of occupied Europe, and when our things were not going well, take up arms and inflict Hitler unexpected and heavy moral blow. And not only moral, but also a serious military blow, connecting a large number of German divisions on the Yugoslav front, to him many times lacking on other battlefields, and on the east and the west of Europe ... "

Charles de Gaulle, French President: "Tito is a fighter who despite the most difficult circumstances brought victory. Tito is a legendary hero ... "

Georgios Papandreou, Greek politician, 1964: "I recently in the Greek Assembly called Marshal Tito apostle of peace. I can truly say that I am excited and moved by his mission to mankind - a mission of freedom and peace. It is only natural that when such a person fighting for world peace, fight for peace in the Balkans. "

Yasser Arafat, the leader of the Palestinian liberation movement, in 1977: "... Borca, president Tito is characterized by wisdom, cleverness and friendly attitude towards people. President Tito in all the hearts of those who struggle for justice and freedom, for its heroic achievements ... "

Neil Armstrong, American astronaut: "President Tito is the man who is destruction and was turned into the creation and peace."

Richard Burton, actor, 1971: "I'm a big fan of Marshal Tito since 1945 when Tito for us become a little more real than the myth ... We knew that in Yugoslavia there is something mysteriously called Tito and what is between Germans created hell ... Tito is completely different than I imagined. I thought that this great statesman must be a man of fierce nature, and Tito is peaceful, harmonious, good mood and very witty man. "

Sergei Bondarchuk, the Russian director, and actor, in 1972: "... Tito is not only a great warrior and revolutionary - the thinker. He is, I think, a big rock of our epoch. "

Willy Brandt, chancellor of Germany, in 1973: "For the Yugoslav people is a gift of fate as in the years of greatest danger was such a leader. I see President Tito as one of the most outstanding personalities of our time. I very much appreciate Tito's courage and statesmanlike wisdom. "

Arthur Miller, American writer, in 1973: "... When we heard of the mighty resistance to Tito's partisans against the German hordes and fascism, we are for the first time during World War II realized that Hitler's Germany was not invincible."

Alexei Kosygin, Prime Minister of the USSR, in 1975: "Our people will always remember that the People's Liberation Army of Yugoslavia under Tito's command made an indelible contribution to the destruction of fascism, that the Yugoslav Partisans from the first to the last days of the war were our allies and comrades ..."

Richard Nixon, US President: "... Tito is a leader who has his principles, sense of humor, a great memory, and he is not afraid of us Americans!"

Helmut Schmidt, German Chancellor: "There are few who can manage your whole life, so uncompromising and ruthless towards himself to the service of his own people and the world community."

MARTIN LUTHER KING, leader of American blacks in 1969.
Tito is today, no doubt, a statesman of the world that its forces, mind, and heart, without reservation and quite frankly, defend the rights of all peoples to choose their "own way" - a form of governance, social organization and independence in foreign policy. And because of that, we can fearlessly to the complaint about our bias, claim that he was both a fighter for the independence of all countries in the world, not only Yugoslavia. Remember Tito fighting in 1941, 1948, 1950, 1960 ... He defended the right to freedom of others by bringing ourselves and Yugoslavia, sometimes, in a difficult position.