Soko was a Yugoslav aircraft manufacturer based in Mostar, SR Bosnia and Herzegovina. The company was responsible for the production of many military aircraft for the Yugoslav Air Force.
In 1948, the Yugoslav leadership came up with the idea to build a factory for program production aircraft. The idea was realized next when the Yugoslav Government took the decision to build a factory in Mostar. The reasoning was set to be the factory located in the area of the main sources of electricity and materials for production, but the key is the selection of Mostar was the distance from the eastern borders of Yugoslavia at the time of turbulent relations with the USSR. 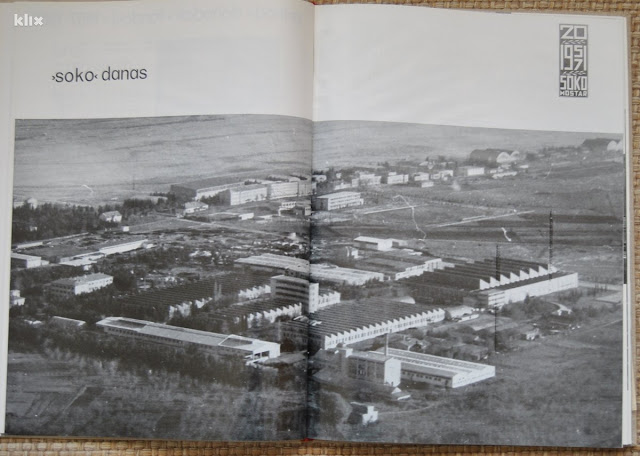 How important was that the Sokol had to move aircraft factory Ikarus in Zemun In Mostar, as well as military construction company Majevica from Novi Sad, which was supposed to build the plant and for workers.

In the following period Soko grew, technological and personnel, producing as many as 16 different types of its military aircraft, and helicopters, various military equipment. Based on the defense industry along the developed civil sector, factory transmission, air-cooling devices, compressors, prefabricated construction, construction of facilities and other.

For Soko have worked numerous companies from all over Yugoslavia, and he is directly produced for giants such as Boeing, Douglas, British Aerospace, Airbus, Dassault Aviation, De Havilland Canada, Sikorsky and many others. Airplane J-22 Orao developed in cooperation with the Romanian aviation industry INCAS even today flying.

Super successful project was the helicopter Gazelle with French Aérospatialeom led Soko to tip the military industry. All this is accompanied by high quality standards and certificates of our company which today can only dream of. Many even today fly.

During the 1970s and 1980s, SOKO and Avioane Craiova of Romania, co-developed the Soko J-22 Orao and IAR-93, respectively. Soko also cooperated with Sikorsky, Westland and Aérospatiale in producing various helicopters under license.

The production of the aircraft was mainly destined to fulfill the needs of the Yugoslav Air Force, however exporting the aircraft was also an option. J-1 Jastreb were exported to Libya and Zambia. G-2 Galeb was exported to Libya, Zaire[4] and Zambia.[5] Six Super Galeb´s were exported to Burma, while the start of the Yugoslav wars and the international sanctions halted the production and blocked the orders of Super Galeb´s to Malaysia, Singapore, and Indonesia.Gazelle helicopters were also exported. 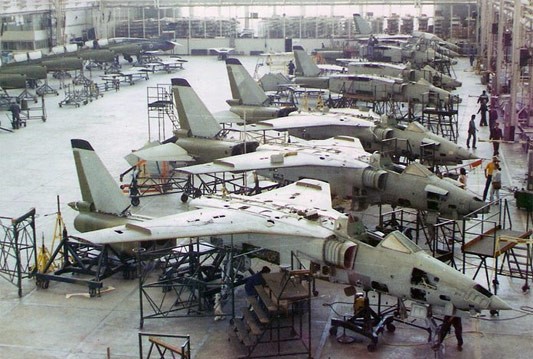 Civil sector literally worked with the whole world, from the village assembly for oilmen at Siberia, hockey stadium in the Czech Republic and Slovakia, to facilities in Iraq and South America. Few know that the Soko construction of buildings built department store in almost every municipality in the former state, and the numbers supermarket and shopping outlets built by utilizing prefabricated construction are hardly imaginable today. 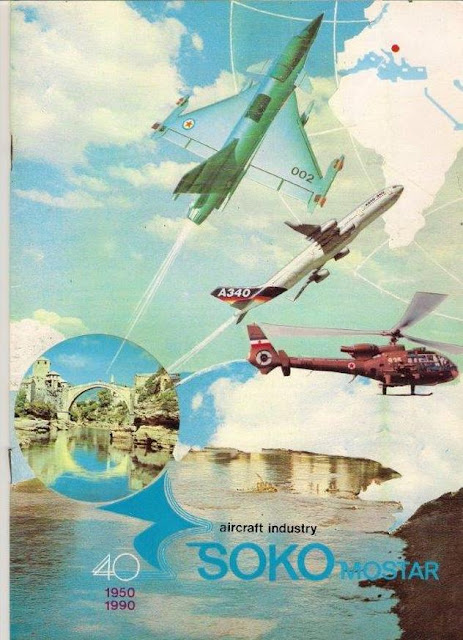 By the 1980s SOKO was working on a new plane which was a project of a 4th-generation, supersonic multi-role fighter intended to supply the Yugoslav Air Force with domestically built modern fighters. The production was planned to begin in 1991 however the start of the Yugoslav wars and the international embargo caused the project to be canceled. In the early 1990s the factory ceased aircraft production. The facilities were partially dismantled and relocated to Serbia to the Utva Aircraft Industry in Pancevo which had already been working closely with SOKO and the manufacturing of Eagle and Super Galeb.