The M-87 Orkan is a Yugoslavian self-propelled multiple rocket launcher. The generic M-87 project was configured with 12 launch tubes mounted on an FAP 2832 truck. It has a range of about 50 km, able to deliver warheads, anti-tank and anti-personnel mines. Very few of these were ever built, The production of Orkan M-87 ceased in the early 1990s due to a break-up of the Socialist Federal Republic of Yugoslavia.

The development of missile system the Orkan started in 1980 as a joint project of Yugoslavia and Iraq. Testing prototypes were completed by 1985, and two years later the first launchers were delivered to the JNA. Missile system M87 the Orkan designed for fire support units of the corps and army. Effective against live force, armored vehicles. 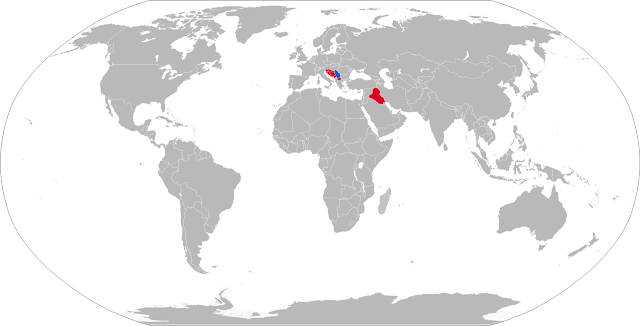 The rocket launcher is mounted on the chassis of the truck FAP 3232 BDS / n 8x8 configuration. The vehicle has a mass of 15,000 kg while the combat weight of 32,000 kg. To drive used diesel engine the horsepower of 235 kW direct injection. Mobility off-road has been improved by installing systems for central control pressure in the tires. The five-member crew is in the air-conditioned cabin in the front of the vehicle, and the last platform has set a 12-tube rocket launcher. Scope launchers per direction are 220 °, and the elevation of -0.5 ° (+ 22 ° above the cab of the vehicle) to + 56 °. Before shooting down four feet to turn off the system for supporting the vehicle, a special system then performs leveling (bringing in a horizontal position) platform with the launcher. Manage all system is remote and the crew does not have to leave the cabin during shooting. 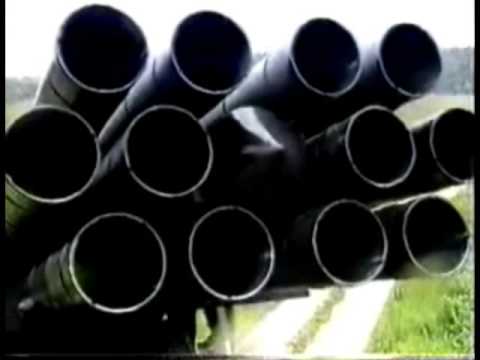 The cassette warhead with 288 bomblets is cumulative from fragments bomblets that at the height of 800-1000 m ejected pyrotechnic charges. Area wasting submunitions around 2 hectares and lethal radius of each 10 m. Caliber bombs are 40 mm, 60 mm penetration of reinforced steel, a weight of 245 grams. 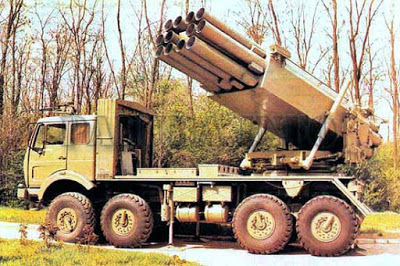 The range of the rockets is regulated by changing the elevation launchers and activating the air brakes on the rocket. The minimum range is 5 km, and maximum 50 km. The rockets are fired individually or burst with intervals of 2, 3 or 4 seconds. 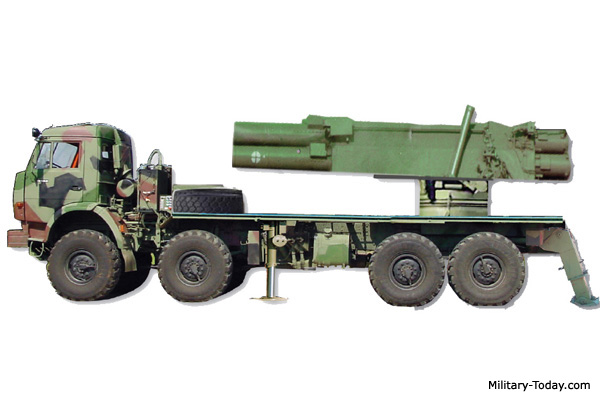 Within the battery system, the Orkan are the vehicles for the transport and handling of a rocket. On board are 24 rockets. The two-man crew can for 30 minutes to loading or unloading all the rockets. 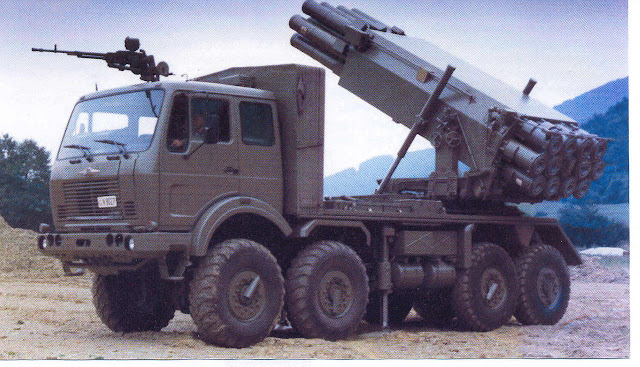 Launch vehicle system M87 the Orkan armed with anti-aircraft machine gun 12.7 mm mounted on the roof of the cab. For masking used four smoke charge launchers mounted on the front bumper. The staff is armed with four automatic rifles M70, an M84 machine gun and rocket launchers M79 Osa.
the Orkan is the former JNA produced in small numbers, but with the breakup of Yugoslavia production is completed. In the Federal Republic of Yugoslavia has developed a variant of the Orkan-2 with four launch tubes 262 mm mounted on the launch vehicle rocket system Luna-M (FROG-7), which was offered for export as a program of modernization of the Luna-M. 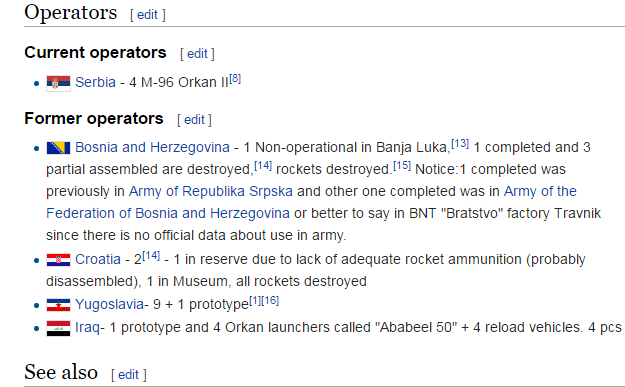