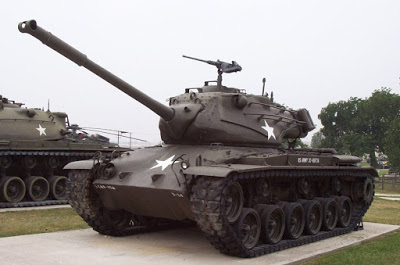 M47 Patton is an American medium tank emerged in the early 1950s and was in the service of the US Army until the late 1980s. The tank belongs to the Patton family of tanks, which was named for General George S. Patton, commander of the US Third Army during World War II. The tank has emerged as the continued development of M46 Patton tank. M47 was the main tank of the US Army and Marines, designed as a replacement for the M46 Patton and M4 Sherman tanks. Because of its short-lived in the service, did not participate in any war led by the United States. Sold in many countries, mostly NATO members.

Developing of the tank M47 Patton II started in 1949. It is a conventional design, with a very elongated turret, set more forward, the previous section without side shields. In front of the interior were located the driver and handler machine guns, and behind them are in the central part of the dome was the commander, gunner, and filler, with the engine in the background. In the tank are four entrances and two on the ground rescue crews in combat conditions. 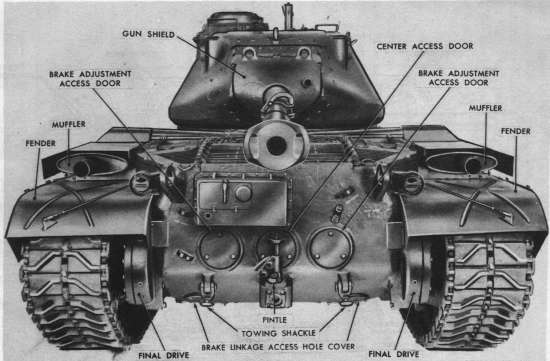 The tank has a built petrol engine Continental AV-1790-5A, the maximum power of 800 hp. Due to the high consumption tank had a radius of movement up to 130 km. He also had a small auxiliary gasoline engine generator of electricity of 10 kW. The tank had a hydraulic transmission type Allison with two stages for forward and one degree to back. The control mechanism consists of a control lever to the left and right, accelerator, and brake. The walking part consists of six supporting wheels, three wheels caterpillar with one compensating wheel on each side of the strain caterpillar. There are two versions tracks. One with a tread made of steel and the other with a thread of solid rubber, and the tank can move around without damaging roads. 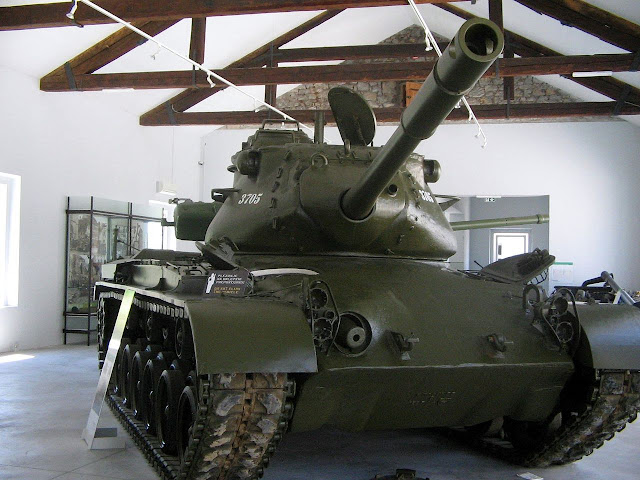 The main armament is 90 mm gun M36. The top had gyroscopic stabilization and before firing grenades had to stop a tank. Starting gun was manually or electrohydraulic. Secondary armament was two air-cooled machine gun Browning M1919 caliber 30cal and one machine gun Browning M2 caliber 50cal which was located on the turret of a tank. With one machine gun, 30cal used the gunner who was beside the driver of the tank, and another gun of the same caliber used by the gunner who is aiming used optical sight of the cannon, and the shutter is used the electric trigger. 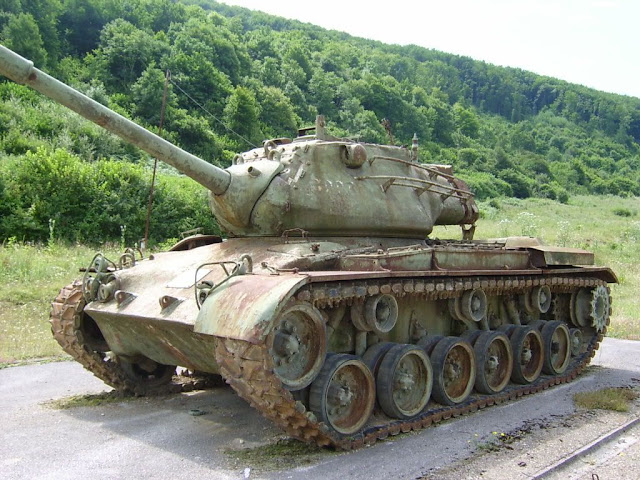 Besides the M4 tanks, to Yugoslavia was delivered during the fifties and 319 copies of the first postwar American model Patton II M-47s. After the Americans have developed a much better version of M-48th During the eighties, these tanks were withdrawn in the reserve and were awarded the Territorial Defence (TO). 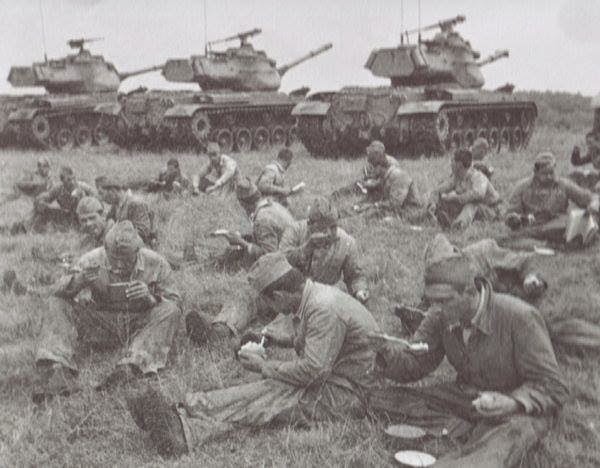 During 1980, after the death of the President of Yugoslavia, Josip Broz Tito, one armored battalion of about twenty tanks, made up of the two companies was deployed and dug around the runway Belgrade airport Surcin. There were placed to secure the airport to September of the same year.