M-63 Flame is the first Yugoslav multiple rocket launcher. The development of this weapon began in 1958 and ended in 1963 when the JNA ordered a prototype version of multiple launchers M63 flame and zero series rocket flame-A. Later it developed a rocket flame-B with new warhead and an increased effect on the target, as well as rocket Flame- S extended range. 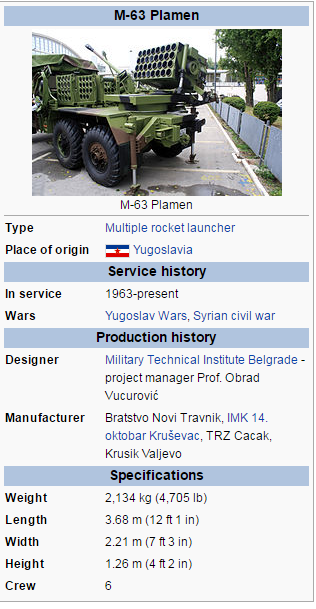 Multiple rocket launcher M63 Flame is designed for fire support to troops on the battlefield, performing a strong and sudden fire attack by enemy manpower and unscreened combat equipment in the areas of collection or airborne assault. It can also be used against other spatial and unstated goals as well as the logistics base, airports, industrial facilities, command centers, center links, storage, etc..
The flame system has 32 calibers 128 mm tubes from which fires rockets on further to 8545 m (12,500 m - Flame-S). The effect of rockets at the finish equal to the effect of artillery shells caliber 105 mm. A full burst of 32 missiles can be fired for 6.4 or 12.8 or 19.2 seconds. The pitcher was placed on one axle trailer that can haul vehicles with a hook height of 800 mm. The vehicle can carry and back-filling the rocket, so the combat kit launcher is a total of 64 missiles. The system serves 7 soldiers. 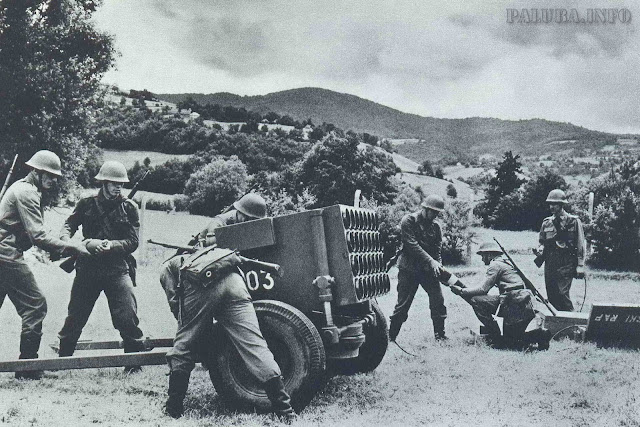 In Croatia, on the basis of flame developed rocket launchers RAK-12 and RAK 24

In the armament of the Army of Serbia, there is a self-propelled version of the system designated M63 / 94 Flame-S, formed by setting the launcher on a platform truck 6x6 TAM-150.
The M-63 Plamen was widely used during the Yugoslav Wars. It has also been sighted in the Syrian Civil War, used by rebel fighters under the Free Syrian Army. 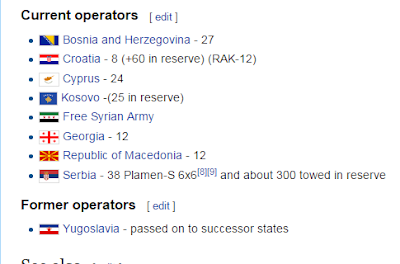